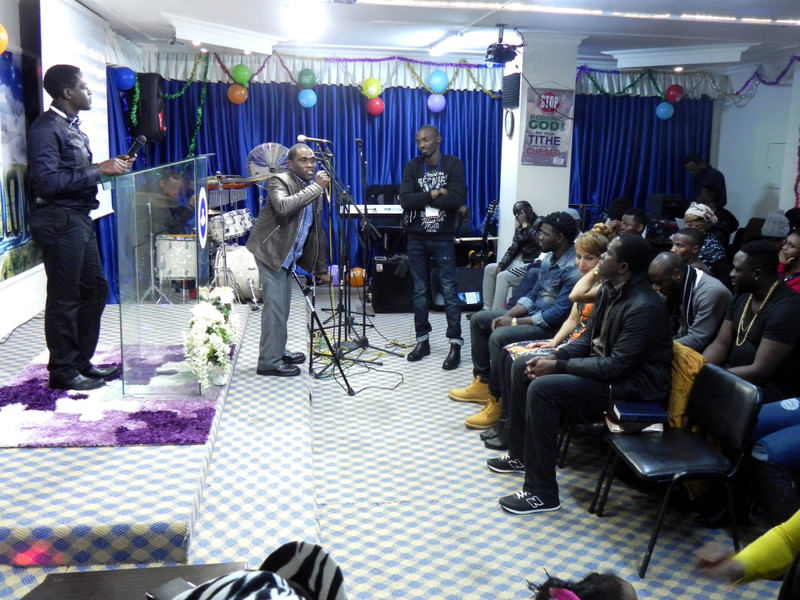 by Daily Sabah with DHA Mar 01, 2016 12:00 am
Istanbul's thriving African community is finding a new home in districts far from the city's heart, as lower rent and better transportation options attract migrants. Though their official number is not known, as some stay as illegal immigrants, migrants from the African countries are estimated to make up the majority of the city's migrant population along with Syrians. As Tarlabaşı, situated next to Istanbul's world-famous İstiklal Avenue, loses popularity among migrants due to rising real estate prices, the community now finds refuge in Avcılar and Beylikdüzü, two remote districts of the city on its European coast.

Lower rent and improved means of transportation with the extension of the city's exclusive-lane metrobus network draws more people to the two districts. Avcılar and Beylikdüzü are already booming with an influx of Turkish migrants from other cities or Istanbul's historic districts, where property prices skyrocketed and African migrants, particularly those from Nigeria, add to the districts' social strata. Avcılar, home to a campus of Istanbul University, is naturally popular among African students, but business people, traders, importers and exporters are also finding a new home in the district. Along with international trade, they also turn to running small, local businesses, in partnership with locals, such as restaurants, hair salons and department stores.

The community in Avcılar grew so much in recent years that they even opened a makeshift church within a cultural association they set up in Avcılar where Christian migrants gather for Sunday masses.

Isaac Eby, a Nigerian migrant, praises the religious freedoms they have in Turkey, but called on authorities to help migrants by relieving employment conditions for them. Eby arrived in Turkey years ago as a soccer player and played for clubs in Istanbul and the northern city of Samsun. Eby now runs a hairdresser's shop in Avcılar where he caters to fellow Nigerians. He is among many Africans who traveled to Turkey in pursuit of a dream of being a star soccer player, only to end up in low-tier clubs and turning to other business options, from street vendors to businessmen.
RELATED TOPICS