UNICEF project reaches to over 10,000 to make Turkish cities child-friendly 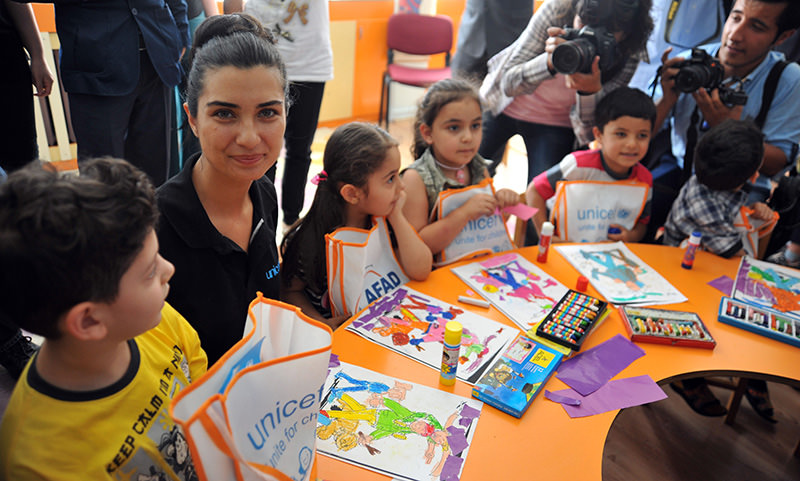 The UN's Children Fund, or UNICEF, has released the results of a two-year Turkish pilot project to make the country's cities "child-friendly".

"Through this program, more than 200 young volunteers have been trained. Through them, more than 10,000 children have been reached," Philippe Duamelle, UNICEF Representative in Turkey, told a news conference in Istanbul on Wednesday.

Ten Turkish municipalities across the nation -- such as Ankara's Mamak, Bitlis in eastern Turkey and Izmir's Bornova -- joined the UNICEF program.

Young volunteers conducted surveys with children to determine their needs so that their cities could be made friendlier for younger people.

Through this survey, those municipalities now have roadmaps to make their environment and cities better for children, organizers claim.

Ankara's Mamak Municipality in central Turkey, for instance, will work to strengthen its Children's Assembly to pave the way for the participation of children in influencing local policy.

Also, it will work to advocate children's rights, according to a roadmap designed for the municipality.

"Activities will continue," Duamelle said, adding that many more Turkish municipalities had expressed interest in joining the initiative.

Sanem Bilgin, general manager of UNICEF Turkey's National Committee, claimed that children's rights and their needs "have been ignored" amid rapid global urbanization.

"Our aim is to reach many more municipalities for children's rights," Bilgin said.

Turkey has experienced rapid urbanization in recent years; cities have become more populated and diverse while children are faced with a lack of playgrounds, security and services.

Almost 30 percent of Turkey's population, more than 77 million in 2014, is between 0-17-years-old, according to the Turkish Statistical Institute.

UNICEF defines a child-friendly city as a place or a local system of governance which is committed to fulfilling children's rights. The initiative was launched in 1996 to make cities livable places for all.

UNICEF's Bilgin said $500,000 had been spent on the two-year program. IKEA Turkey has backed the initiative.