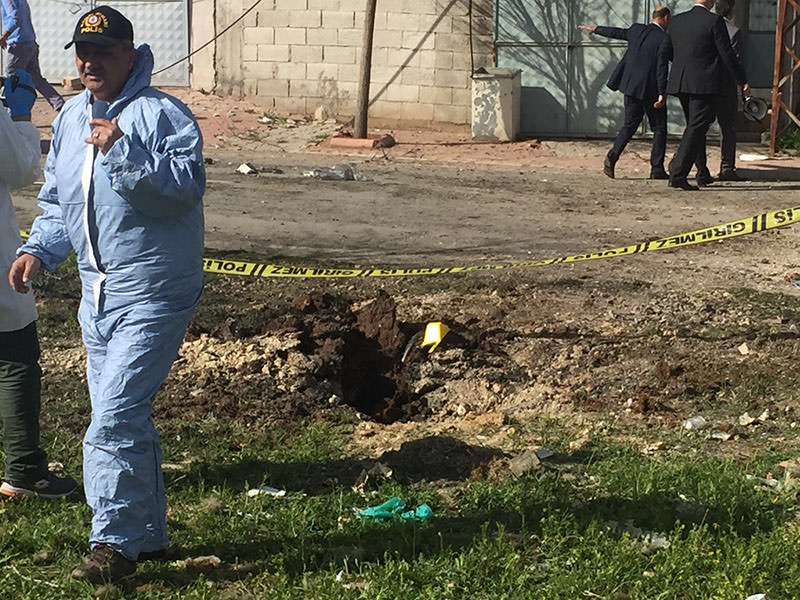 Kilis Mayor Hasan Kaya initially said that one person was killed, with two others being injured in the incident, when some of the rockets hit populated neighborhoods in the province.

One of the injured is in critical condition, Kaya told private-run TV news channel NTV.

However later on, the death toll increased to two as a four-year-old child succumbed to his injuries in the hospital.

The mayor also advised the locals not to "panic" and stay away from crowded areas.

The rockets were believed to have been fired from a Daesh-controlled region in Syria.

The Turkish military has reportedly returned fire into Syria with cross-border shelling.

Occasional stray rockets and mortars land in southern and southeastern Turkey due to the civil war in the neighboring country. Despite a ceasefire in Syria, some violence persists in the area.
Last Update: Mar 08, 2016 4:43 pm
RELATED TOPICS