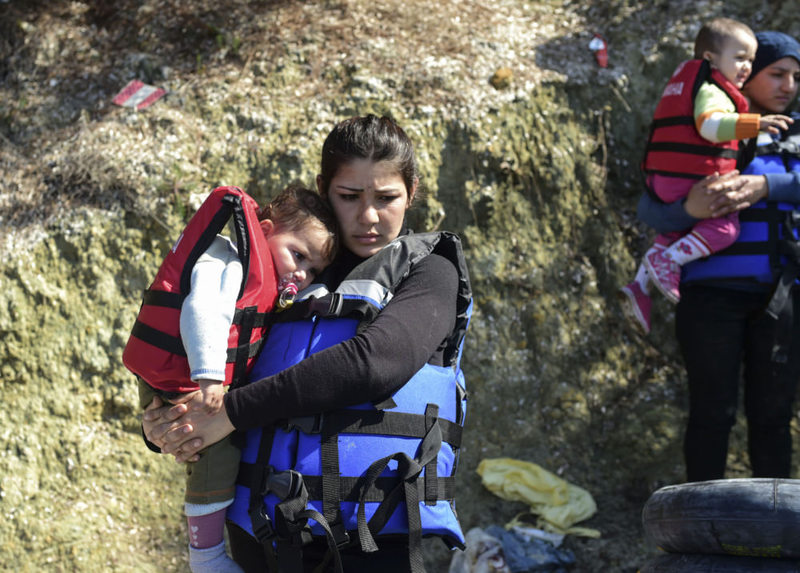 by Daily Sabah with AA Mar 08, 2016 12:00 am
As the unrest in Syria enters its fifth year, the conflict ravaging the country has dealt a heavy blow to the daily lives of its citizens. Women and children are among those most vulnerable to the conflict, finding relief only in the safe havens in other countries far from the homes where they have lost their families, friends and everything they once owned.

For a group of Syrian women who took shelter in the Turkish border town of Osmaniye, life is full of hardships -- in addition to residing in a foreign country with few possessions, these women must take care of their disabled and sick children. After losing their husbands in the brutal war, the women cling to life in makeshift houses built in Osmaniye.

32-year-old Najwa Antakli is the widow of a political prisoner who was "tortured to death in detention." Antakli, who hails from Syria's Hama, fled the country for Turkey with her five children in tow after her husband's death. "My husband was subjected to torture in prison for more than two years and died there. I came here for my children," she says from inside a decrepit house she rented for TL 300. Her two children suffer from heart defects and are in need of constant healthcare. Antakli count on humanitarian for her children's treatment.

Amina Esmail, who arrived in Osmaniye three years ago from Aleppo with her family, looks after her four children as well as the two children of her deceased brother-in-law. Like the husband of Najwa, her husband was incarcerated for three months and suffered from "torture" that led to his mental breakdown. Since then, he has been unable to find a steady job. She depends on one of her sons and a nephew, the only working people in the small house they live in, crammed together.

75-year-old Fatima Izzo hails from Syria's Hama as well and lives in a single-room house with 12 relatives, a paralyzed son and two daughters. "My son was paralyzed after he was injured when our house collapsed in a bombing. I am barely able to care for him because of my old age. Only my husband and my grandchildren work, to make a living for the 12 people here," she says.

According to the UN refugee agency UNHCR, women and children make up three quarters of the refugee population and the majority of them depend on humanitarian aid. Of the more than 2.5 million Syrian refugees hosted by Turkey, only a fraction of them live in refugee camps -- the majority typically buy or rent properties or are forced to live in poverty, relying on occasional deliveries of humanitarian aid.
RELATED TOPICS