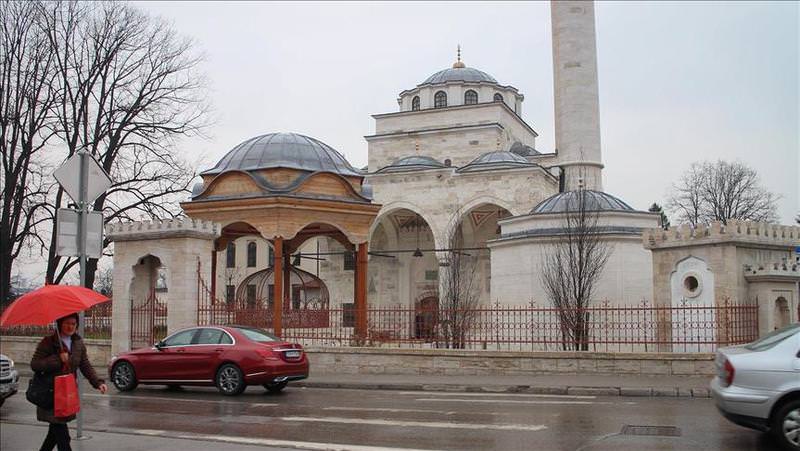 by Anadolu Agency Mar 08, 2016 12:00 am
One of the oldest mosques in Bosnia is undergoing renovations with Turkish help and is approaching completion.

The Turkish Cooperation and Coordination Agency (TİKA) has been carrying out extensive restoration on the Ferhadija Mosque in the country's second largest city, Banja Luka, since 2014.

It is considered a cultural symbol of the country, but had been damaged in May 1993 during the Bosnian war.

After 15 years of restoration, the mosque will reopen on the anniversary of its destruction on May 7.

Banja Luka's mufti, Osman Kozlic, told Anadolu Agency that the mosque's restoration could only be completed with the intensive help of TİKA.

"We are expecting at least 20,000 people, including high-level politicians, to participate in the opening ceremony.

"No doubt the most important guests will be the delegation from Turkey. We truly want Prime Minister Ahmet Davutoğlu to attend as well," Kozlic said.

Kozlic believes that the opening of Ferhadija mosque is not only important for the city's Muslim population, but also for people of other religions.

"Many Orthodox Christians I chat with in Banja Luka told me that Ferhadija Mosque is part of their past. We need to keep this feeling and protect and develop our common, shared culture," Kozlic said.

The Ferhadija Mosque was built in 1579 by Sanjak Bey Ferhat Pasha and is considered one of the greatest achievements of Ottoman-inspired Islamic architecture in Europe.

However, during the Bosnian war the mosque was demolished by the army of Republika Srpska.

During the Bosnian war, hundreds of mosques and other religious buildings were destroyed in the fighting.
Last Update: Mar 08, 2016 6:03 pm
RELATED TOPICS