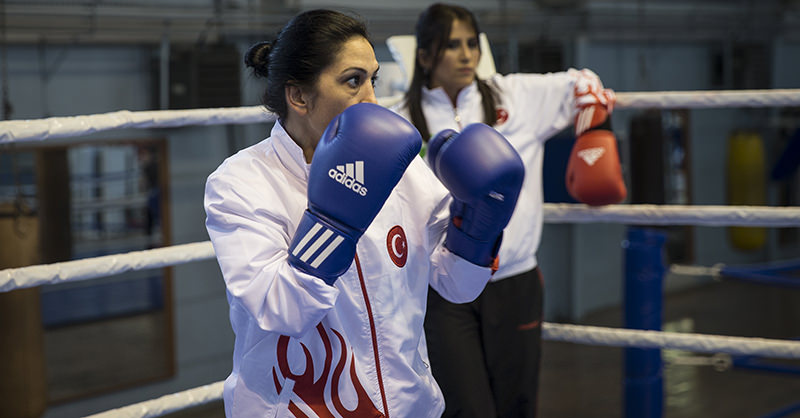 Turkish Boxing Federation chairman Eyüp Gözgeç told Anadolu Agency that the project was partly a reaction to violence against women having increased in recent years.

Speaking to Anadolu Agency at a boxing gym in Turkish capital, Ankara, he said: "We invite women and girls to our gyms so that they can resist violence... Our gyms and trainers are free of charge for them", he said.

Former Turkish internationals Şemsi Yaralı and Derya Aktop -- now serving the Turkish Boxing Federation as trainers -- have called on women to participate in the boxing courses to be able to defend themselves and gain self-confidence.

Yaralı is a world and European heavyweight champion and competes for Istanbul-based club Fenerbahçe.

Gözgeç said: "Our trainers are very experienced. I hope all women and girls will come.

"We can bring in talented women. It is not possible for all to compete as an athlete but our doors are open for people aged between 14 and 23 as athletes. Those who are talented should be benefit," he added.

Boxing remains a popular sport in Turkey with some of the country's biggest sports teams having their own boxing sides. Istanbul's Fenerbahçe and Beşiktaş football clubs each have their own boxing branches.

There were 640 registered boxing clubs in Turkey by the end of 2015 and the Turkish Boxing Federation has a target of running 900 clubs by the end of this year.
Last Update: Mar 09, 2016 11:31 am
RELATED TOPICS