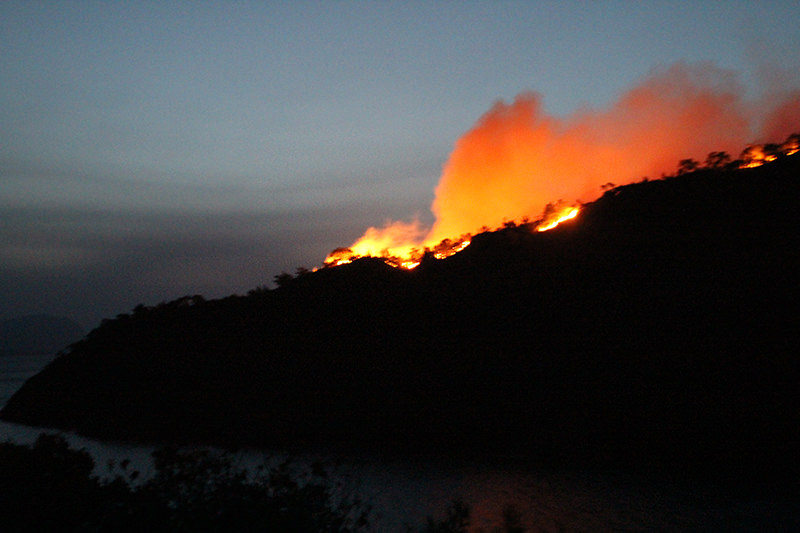 | IHA Photo
by Daily Sabah Mar 10, 2016 12:00 am
Firefighters are still trying to take under control a rapidly spreading forest fire in Marmaris, a popular district among vacationers in the southwestern Turkish province of Muğla, hours after it broke out on Wednesday evening.

An area of 30 hectares has been affected so far and may get out of control due to strong winds.

Scores of firefighters flocked to the area after the fire brigade received a call at 5:00 p.m. about a forest fire in the Değirmenyanı neighborhood of the district.
RELATED TOPICS