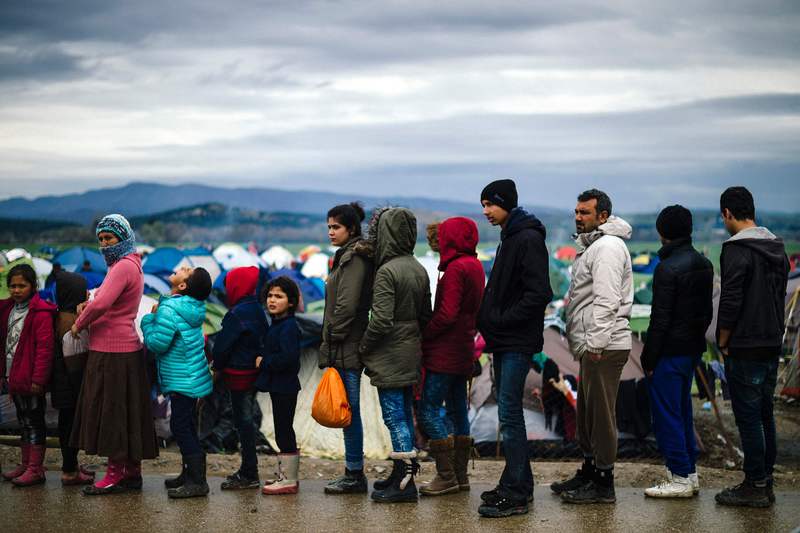 Turkey has accepted at least 90 migrants who were in neighboring Greece as part of a recent agreement between the two countries.

The migrants from Morocco, Tunisia, Algeria and Pakistan-and accompanied by Greek police were taken to the Ipsala border checkpoint in northwestern Turkey on Friday.

With today's readmission, Turkey this year has accepted the return of at least 447 migrants from Greece, officials said.

Greece has been the target for most migrants heading to Europe through Turkey.

More than 440 people have lost their lives in the Aegean Sea since the start of the year, according to the International Organization for Migration.

However, with a new readmission agreement between Greece and Turkey, migrants who cross the Aegean will be returned to Turkey.

The agreement came in a week where European Union leaders agreed on a wide range of proposals with Turkey to solve the migration crisis, including the return of all irregular migrants, accelerating the visa-liberalization process for Turkish citizens and sharing the work of hosting Syrian refugees.

Ankara has requested visa-free travel for its citizens by end of June and an additional three billion euros ($3.3 billion) to meet the needs of Syrian refugees in Turkey.

EU leaders are due to meet again next week to finalize the refugee plan.