Curfew to be lifted in 1 neighborhood, 1 avenue, 4 streets in Turkey's Sur district 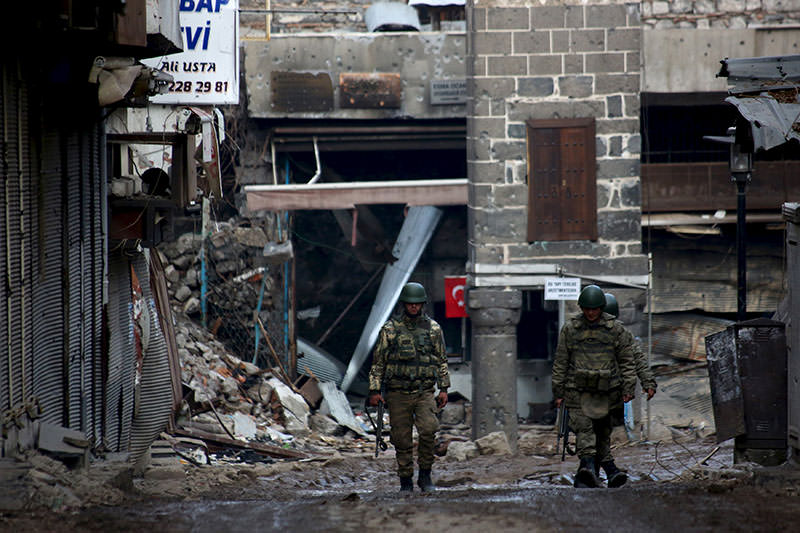 A curfew ongoing since Dec. 11, 2015 will be lifted for some of the streets and neighborhoods in Diyarbakır's Sur district as of 8 a.m. on Sunday, authorities said, adding that curfew will remain in place in other neighborhoods of the district.

The district governorship issued a statement on Saturday saying that counter-terrorism operations were completed in the central Gazi Avenue (which bisects the historic district), the whole Cevatpaşa neighborhood as well as the streets of Marangoz, Miras, Süleyman Nazif and Varol located at Dabanoğlu neighborhood of the district, as a result of which the curfew could be lifted in these areas.

The statement added that the curfew had been intact to allow security forces to capture the PKK terrorists, to clean the district of explosives and booby-trapped ditches and therefore to ensure the security of life and property of the people.

The PKK -- listed as a terrorist organization also by the U.S. and the EU -- resumed its 30-year armed campaign against the Turkish state in July.