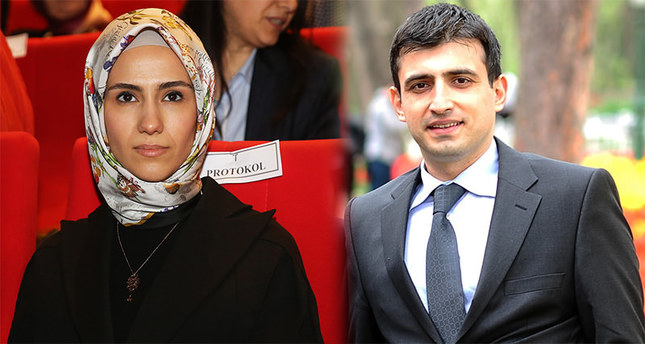 The engagement ceremony of President Recep Tayyip Erdoğan's daughter Sümeyye which was due to take place on Saturday evening in Istanbul's Huber Villa located at the Tarabya Presidential Campus, has been reportedly cancelled after the groom Selçuk Bayraktar's father was hospitalized due to heart issues.

Özdemir Bayraktar, the owner of Baykar Makine, was taken to the hospital after he had a dissection of the aorta, one of his sons, Ahmet Bayraktar, reportedly told the press.

Upon hearing the news, President Erdoğan visited Bayraktar in the hospital located in Istanbul's Halkalı district.

Although an official announcement has not been made, reports early in the week said that Sümeyye Erdoğan was to get engaged to Selçuk Bayraktar, who is the one of the leading figures of the team that manufactures Turkey's first domestically produced unmanned aerial vehicle (UAV).

The Bayraktar family had confirmed the reports and said the couple was expected to announce their engagement soon.