Number of elderly in Turkey rises amid concerns of aging population 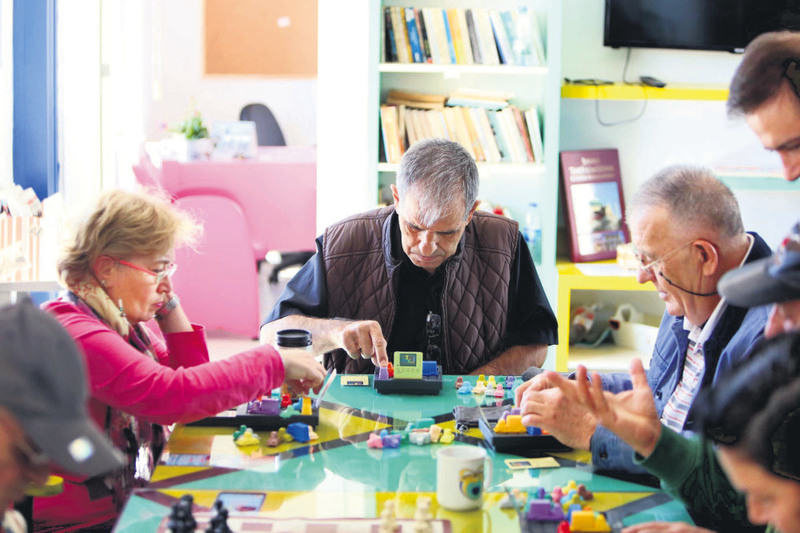 Latest figures show the number of elderly citizens in Turkey has increased, as the country looks for ways to boost its population

State-run statistics agency TurkStat released the latest figures regarding the elderly population of Turkey. The elderly population, or those at the age of 65 and over, was more than 6.4 million in 2015 according to the figures and their proportion to the overall populace rose to 8.2 percent from 8 percent, TurkStat says. The statistics, a mix of figures from 2015 and 2014, were released during "Respect for the Elderly Week" between March 18 and 24.

The increase comes amid concerns over the aging population and Ankara's attempts to encourage population growth in the country of 78.7 million people. Turkey hopes to boost its population numbers by offering incentives to larger families such as longer paid leave and social benefits. Since his tenure as prime minister began, President Recep Tayyip Erdoğan has continued to promote population growth, advocating that families should have at least three children to restore Turkey's population.

Projections made earlier by TurkStat show that the elderly population numbers will increase to 10.2 percent by 2023 and rise even further in the following decade. Experts link these projections to a decline in fertility and new treatments being available to increase longevity.

The majority of the elderly population are females, TurkStat figures indicate. Women live longer in the country, as the recent figures on life expectancy at birth show. Last year, it was revealed that their life expectancy is past the age of 80, six years higher than that of men.

Turkey ranks 66th among 167 countries with the highest proportion of the elderly population, while Monaco, Japan and Germany dominate the first three spots of the list.

Sinop, a northern city in the country's lush Black Sea region, had the highest proportion of elderly population last year, TurkStat says. The city on the northernmost tip of the country is also first on the list of the "happiest people," determined by a life satisfaction survey, and also had the highest mortality rate as figures from 2014 show. Kastamonu, another northern city, follows Sinop as having the second highest proportion of elderly population. Hakkari and Şırnak, two cities in the southeast, had the lowest proportion of senior citizens last year. These cities, along with others in southeastern and eastern Turkey are among those with the youngest populations.Though Turks' longevity has increased, the number of centenarians still remains low. They constitute only 0.1 percent of the population at 5,293. Istanbul, which is also the country's most populated city, had the most centenarians last year at 675. It was followed by the country's third largest city İzmir and the capital Ankara. It may sound strange that three big cities, not small towns in the countryside where longevity is prevalent thanks to a healthy lifestyle far from the hubbub, pollution and unhealthy eating habits, are home to the most centenaries. But experts attribute it to the migration of the population to the big cities and centenarians are often cared for by their descendants.

Statistics also show the education level of the elderly population has increased, with the percentage of senior citizens graduating from high school and higher education institutions rising 5.2 and 5.1 percent respectively in 2014, from 4.9 and 4.7 percent in 2013.

TurkStat figures offer a grim insight into the health of Turkey's elderly populace. The proportion of obese elderly people increased to 26.2 percent in 2014, a more than 3 percent rise from the figures in 2008. It also shows that the proportion of

elderly obese women is higher than men. Obesity, linked to a sedentary lifestyle and bad eating habits, is viewed as a serious health threat and the government has recently launched a campaign to combat the phenomenon especially among the youth.

The poverty rate among senior citizens is measured at 18.3 percent in 2014, while labor force participation for people at the age of 65 and above was registered at 11.5 percent. Figures show most of those employed in the elderly population work in the agricultural sector and services sector.