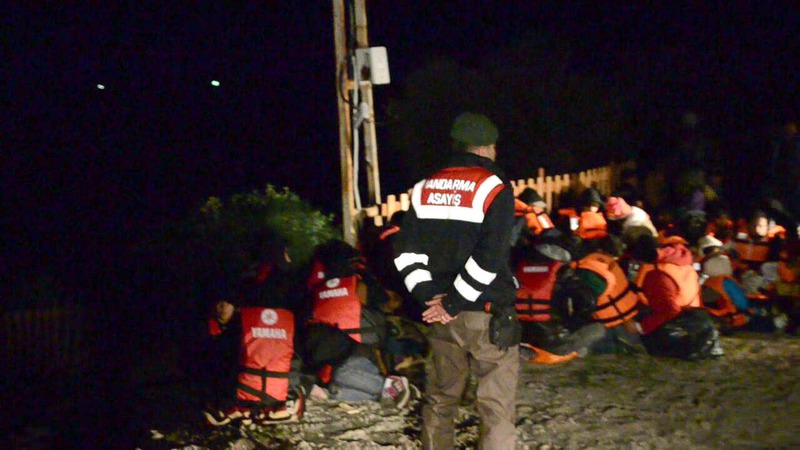 A total of 1,734 migrants and 16 people smugglers were detained by Turkish coastguard and gendarmerie in an operation on Friday, security forces said in a statement, part of a massive sweep to stop refugees reaching the Greek island of Lesbos.

The operation was launched near the town of Dikili, in Izmir province on Turkey's Aegean coast, and involved the coastguard, navy and gendarmerie and was backed by air support, the military said in a statement. Authorities were still working to ascertain the nationalities of those arrested, it said.