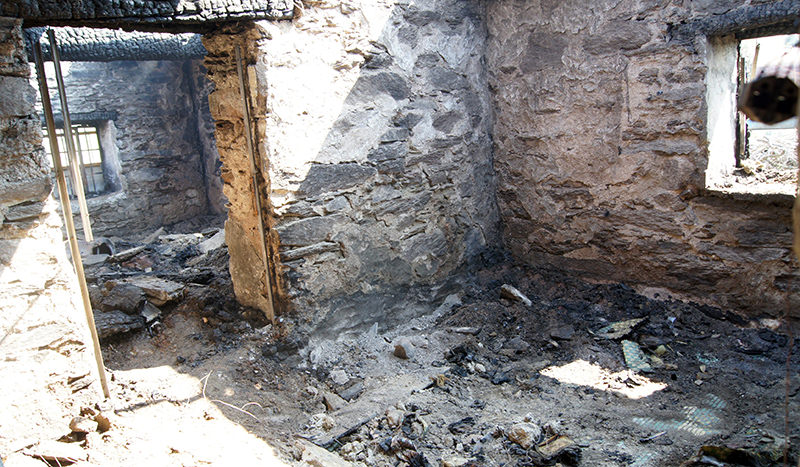 An elderly couple living in Turkey's southern Aydın province died on Monday after their washing machine exploded at night.

According to reports, the incident took place in Aydın's Bozdoğan district at 3 a.m. local time on Monday, when the washing machine exploded as Hüseyin Arşin and his wife Meryem Arşin were sleeping in their house.

Their son and neighbors who heard the blast came to the scene of the incident and immediately called firefighters.

Teams extinguished the fire, but could not save the old couple who were stuck under a collapsed wall.

It was reported that the washing machine exploded due to overheating.