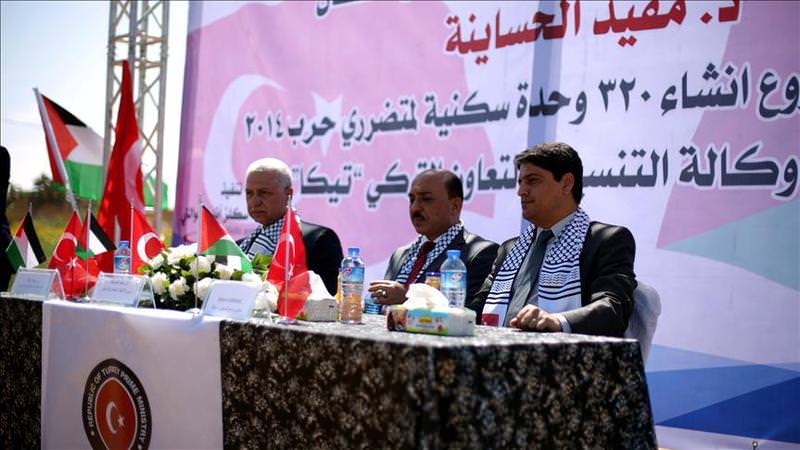 The Turkish Cooperation and Coordination Agency (TIKA) on Wednesday announced plans to build 320 housing units for Palestinians affected by Israel's 2014 military offensive against the Gaza Strip.

The $13-million project will include construction of 20 buildings, TIKA representative Bülent Korkmaz said at a project signing ceremony on Wednesday.

The project, he explained, was only one of 400 TIKA-funded projects being carried out in the Palestinian territories.

"We will continue our humanitarian assistance to the Gaza Strip by all possible means," Korkmaz said.

Palestinian Public Works Minister Mufeed al-Hasayneh, for his part, thanked Turkey for its aid to the Palestinians.

"Construction of the housing units comes within the context of ongoing Turkish support for the Gaza Strip and Turkey's rejection of the Israeli blockade on Gaza," he said at the ceremony.

In mid-2014, Israel carried out a 51-day military offensive against the Hamas-run Gaza Strip, ostensibly in retaliation for rockets fired from Gaza into Israel.

More than 2,300 Palestinians were killed -- and at least 11,000 injured -- in the onslaught, which also caused extensive material damage throughout the blockaded territory.