Refugee flow down to a trickle 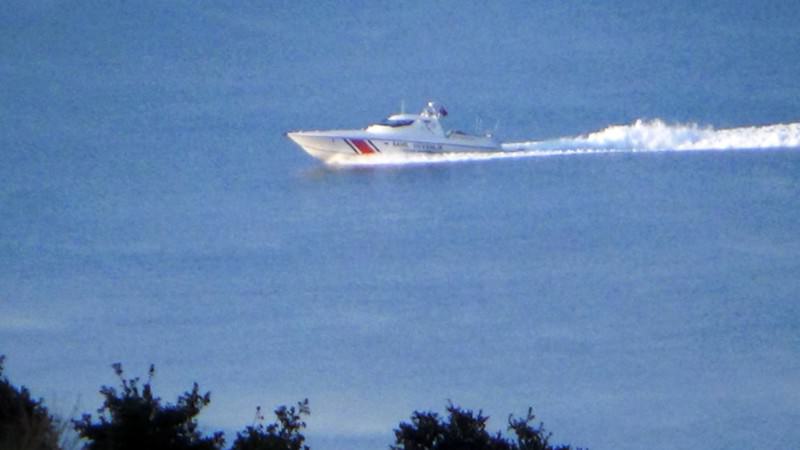 Beaches on Turkey's Aegean coast that used to be full of refugees trying to cross over to the Greek islands have been deserted for the past few days.
by Daily Sabah with Wires Mar 26, 2016 12:00 am

Since the deal between Turkey and the EU came into effect last Sunday, the number of refugees crossing the Aegean Sea decreased from thousands to almost zero. Refugees no longer see the Greek islands as a route to richer nations in Western Europe

Days after the deal Turkey and the European Union reached over the refugee flow came into effect, the number of migrants crossing the Aegean Sea has dropped dramatically, with Greek officials reporting zero crossings in a 24-hour period for the first time in months.

Turkish and European officials agreed to a series of initiatives to stem the flow of migrants and refugees earlier this month, with the main component being the return of Syrian refugees who reach the Greek islands to Turkey and an orderly transfer of the same number of Syrian refugees to Europe. The deal came into effect on March 21.

The İhlas News Agency reported from the southwestern province of Muğla that not a single refugee could be seen near the resort town of Bodrum, which has been a principal point of departure for many. Locals said around 200 refugees used to cross to the Greek islands every day in the past but they were now nowhere to be seen.

Further north in the province of İzmir, villagers had grown used to hearing smugglers arrive in the dead of night, speeding through the narrow streets in minibuses packed with Syrians, Iraqis and Afghans headed for the rocky coves nearby. "Before the EU agreement there were hundreds of refugees crossing the sea here," 50-year-old fisherman Hasan Balcı told Agence France-Presse (AFP) as he played cards at a cafe. "But now there are none."

Outside the small village of Bademli on the Turkish coast lie the turquoise waters of the Aegean Sea, with the Greek island of Lesbos visible on the horizon just 10 kilometers away. But with many migrants and refugees now fearing they will be sent straight back to Turkey even if they succeed in making the dangerous crossing, the dream of a new life in Europe is starting to slip out of sight.

Locals at other well-known launching points along the coast from Küçükkuyu, opposite northern Lesbos, to Çeşme further south, opposite the Greek island of Chios, say migrants have simply vanished from the streets in recent days.

Before the deal between Turkey and the EU to send back all irregular migrants landing in Greece took effect on March 21, the "Little Syria" district of Basmane in İzmir had been full of new arrivals. Cafe owners now point to empty tables where migrants and smugglers used to negotiate prices for the crossings.

According to official Greek figures, there were 1,498 arrivals on March 20, the day before the agreement came into effect. By Tuesday, that had dropped to 600 and to zero by Thursday. Turkish, Greek and other NATO member ships are in full view on the water while on land Turkish police have increased controls on the main roads leading to the Aegean coast, turning back those suspected of planning to set sail in migrant boats.

The Greek coast guard announced on Friday that no migrants crossed the Aegean Sea between Turkey and the Greek islands for the 24 hours ending at 2 p.m. on March 24. While some reported that the drop may have been due to adverse weather conditions and strong winds in the region, the number of refugees crossing the Aegean Sea sometimes numbered in the several thousand even during the winter months when such weather conditions are typical. Greek authorities said 2,500 refugees had arrived on the Greek island since Monday.

At least 362 migrants died in the eastern Mediterranean region including the Aegean Sea in the first three months of 2016, according to the International Organization for Migration (IOM).

According to the deal, the EU will take in Syrian refugees from Turkey on direct flights and pledged to fund services such as education for refugees in Turkey, whose number amount to more than 2.7 million. Turkey, which has strove to join the EU for decades, is also being offered visa-free travel for its citizens as well as promises that new chapters in Turkey's EU membership process will be opened if it meets the specified EU criteria.
Last Update: Mar 26, 2016 9:59 am
RELATED TOPICS