French composer says he was 'punished' for not criticizing Turkish gov't 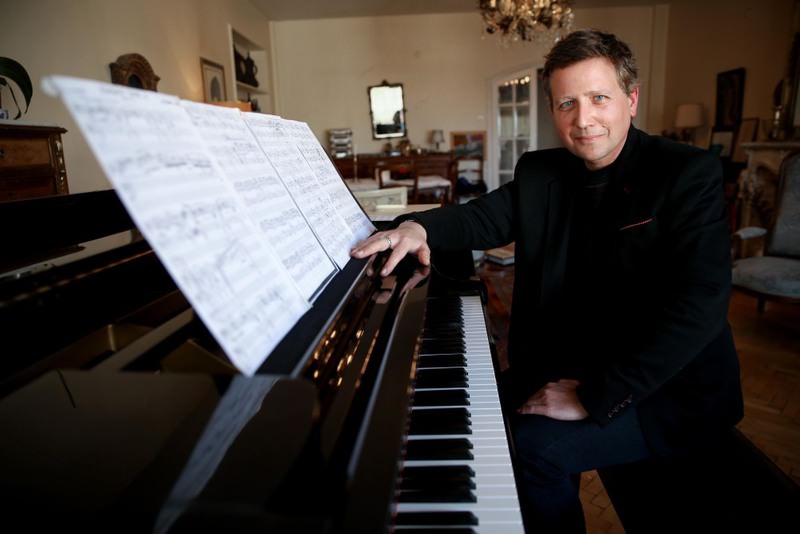 by Daily Sabah with AA Apr 05, 2016 12:00 am
Stephane Blet, a renowned French composer and pianist known for his work with Turkish artists, said he faced virtual censorship in Turkey because he "did not criticize the government."

Speaking to Anadolu Agency (AA), Blet said the music community in Turkey is run by "a mafia-like structure" that monopolizes the music scene in the country and opposes anyone "not critical of the Turkish government."

Blet, composer of "Rhapsodie Turque" and a fan of Turkey and Turkish culture, said his works on Turkish culture were not well-known in Turkey while they were part of conservatories' curricula around the world. He linked it to the aforementioned "mafia-like structure" in Turkish art circles. "If you don't criticize the government and are not insulting toward the Turkish public, you are essentially blocked," he said, drawing the support of President Recep Tayyip Erdoğan who said in a speech yesterday that Blet revealed the "true face of those calling themselves artists." Erdoğan was referring to what he called as a campaign for the "failure of Turkey." The president has criticized the supporters of the PKK terrorist organization and shady Gülen Movement "who hoped for Turkey [to] fall." "I am sad that my works are not recognized better in Turkey," Blet said.

Blasting a group of Turkish artists, the French composer said those "so-called artists" gained fame in the world by claiming they were persecuted and oppressed in Turkey. "They perform at concerts, portraying themselves as 'persecuted' artists. They feed on this and receive awards," he said.

Blet added that he was surprised that his admiration of Turkey caused his works to be censored in a way in Turkey. "I am punished for my love of this country," said the artist, who plans to settle in Istanbul in the near future.
Last Update: Apr 05, 2016 1:02 am
RELATED TOPICS