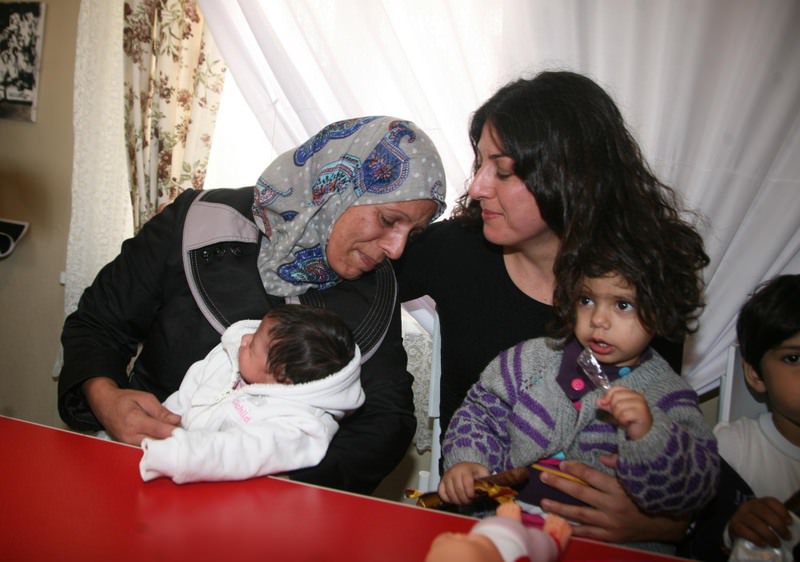 A survey conducted in the western city of İzmir, a popular destination for Syrian refugees, found locals to be tolerant of refugees despite the violent beatings of two refugee children in the city

Residents of İzmir, Turkey's third-largest city, have indicated that they are tolerant of the refugees in the city, according to a recent survey conducted in the wake of two separate incidences in which Syrian refugee children were beaten by locals.

Associate Professor Sibel Safi of Gediz University conducted the survey in the city, which has a large number of refugees, especially those trying to cross into Greece from İzmir's Aegean coast. Safi said that the majority of those surveyed believe that, contrary to what has been seen in Europe, refugees should be protected rather than pushed out of the city.

The survey is the first stage of research on the status of refugees in several countries, including Turkey, Lebanon, Germany and the United Kingdom.

When asked to describe refugees, those surveyed indicated that they see refugees as victims of war and poverty who are in desperate need while others described them as beggars. Some 40 percent of survey participants affirmed that Turkey should continue providing shelter to refugees, calling on locals to show empathy for them, while 30 percent of people said that other countries should lessen Turkey's refugee burden. Another 20 percent said that refugees should be offered protection "only temporarily."

Nearly half of participants said they believe refugees will never return home while 31 percent predicted that the refugees will eventually go back to Syria once circumstances improve in the country. Only 4 percent of interviewees said that their prolonged stay in Turkey would lead to problems and that they should be sent back to Syria.

Nevertheless, the majority of those interviewed said that cases of theft and the number of beggars have increased along with the unemployment rate, blaming this on the influx of refugees. However, Safi said that their sentiments are heavily influenced by rumors, unconfirmed media reports and posts swirling on social media rather than first-hand impressions. She said that the survey shows that Turkey displays more tolerance and hospitality toward Syrians than European countries.

"Turkey can benefit from the unprecedented migration. Syrian refugees will be on the agenda not just for today, but in the coming decades, so we need comprehensive and dynamic migration management, which includes integration. If this process is managed well, it might help capital flow and increase the country's manpower," Safi said, adding that integration is vital to preventing social unrest and illegal activities of refugees looking for ways to earn money. She said that social acceptance of refugees in Turkey would help integration, pointing out that Europe struggles with integration due to a lack of social acceptance.

İzmir is made up of immigrants from several countries who settled in the city during a forced population exchange between the Ottoman Empire and Balkan countries in the early 20th century. The city recently made headlines for two separate cases of violence targeting refugees. In the first incident, a Syrian boy selling tissues was beaten by local shopkeepers last year, and then in March, another Syrian boy was brutally beaten by a peddler who claimed he had harassed him. Footage of the man hitting the 6-year-old with enough force to send him to the ground was captured on a security camera, sparking public outrage. In both cases, the men were detained by police while humanitarian aid poured in for the two boys, who were living in decrepit houses in İzmir.

Turkey is home to 2.7 million Syrian refugees, the majority of whom live outside of refugee camps. With no end in sight for the Syrian civil war and dim prospects of returning home, Syrians mostly opt to travel to Europe despite the generous social benefits and perceived work opportunities. İzmir, especially its Dikili beach which lies in close proximity to the Greek islands, is a popular crossing point for migrants, even though the number of crossings made by refugees has decreased since a deal was made between the EU and Turkey over resettlement issues.
RELATED TOPICS