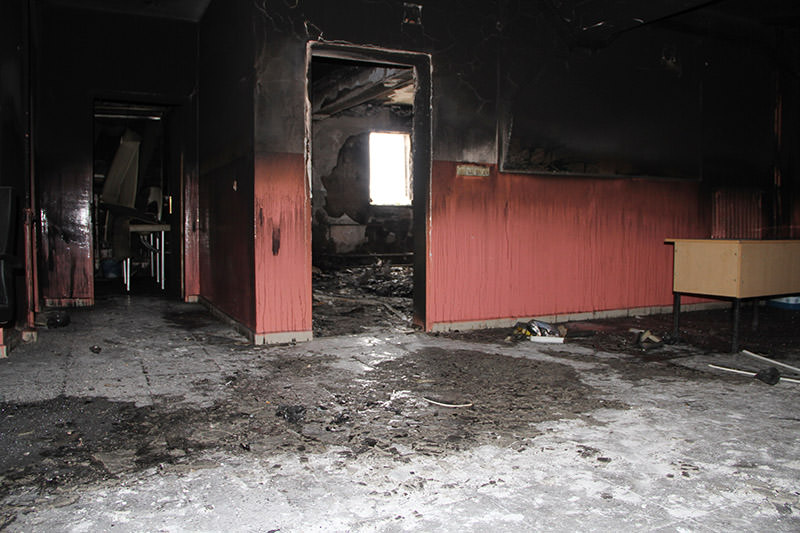 A public school located in Turkey's eastern province of Van was burned down by supporters of the PKK terror organization on Saturday night, the National Education Directorate said on Sunday.

Firefighters came to the scene quickly and controlled the fire.

He condemned the attack, saying that the Turkish government will repair the building, making it ready for the next semester.

The PKK-listed as a terrorist organization by Turkey, the U.S. and EU-resumed its 30-year armed campaign against Turkey in July last year.

Since then, more than 350 Turkish security personnel and thousands of terrorists have been killed.