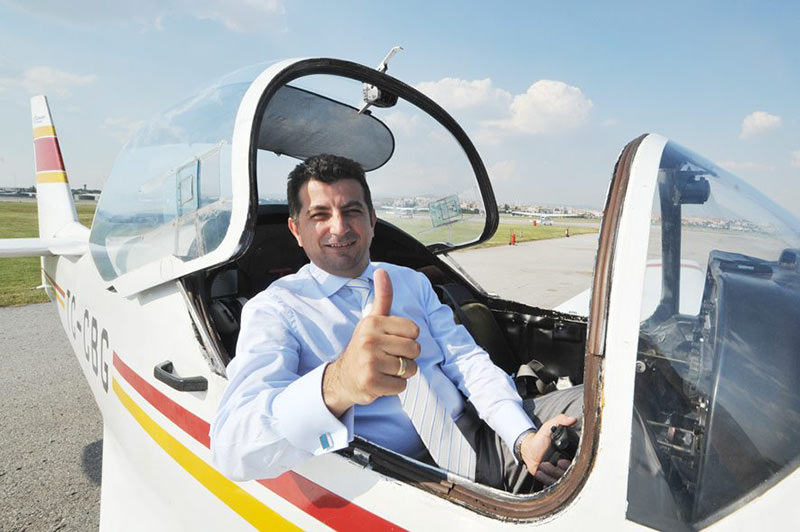 The monthly salary of a university rector, founded by a non-profit organization that has failed to pay its employees' wages for the last six months, has stirred controversy.

According to the article of Turkish daily Hürriyet, Ünsal Ban, the former rector of Turkish Aeronautical Association (THK) University had been receiving 100,000 Turkish liras ($35,370) of monthly salary. A document provided by the THK to a court to be used in a lawsuit for damages against the association revealed Ban's salary.

The article stated that monthly rector salaries in private universities range between TL 10,000 and TL 35,000, while rectors are being paid TL 7,000 to TL 7,500 in public universities. Meanwhile, the monthly minimum wage was recently increased to TL 1,200 ($424) a month starting from February.

THK Chairman Kürşat Atılgan said that the association is currently ongoing a restructuring period and it is party in lawsuits filed against the affairs that took place in the past. The association had earlier came under the spotlight with corruption allegations in its former chairman's term.

While Ban was being paid TL 100,000 a month, several employees of the THK have applied to court to receive their wages and retirement premiums because they were not being paid for the last six months. The association had narrowly escaped seizure of its assets by agreeing to make a partial payment to its employees.

Founded in 2011 by the THK through a TL 100 million loan without receiving support from the government, the university aims to train a qualified labor force for Turkey's booming aviation industry.

The THK was founded in 1925 by the orders of the Republic's founder Mustafa Kemal Atatürk in 1925 to initiate civilian and sportive aviation, while supporting military aviation by increasing the interest of the public to aviation. The president, members of the cabinet and military branch commanders are accepted as natural members of the organization that collects most of its revenues from donated sacrificed animal skins, Islamic zakat payments, membership fees and donations. THK operates three training airports in Ankara, Eskişehir and Izmir provinces where piloting, parachuting and paragliding courses are being given.