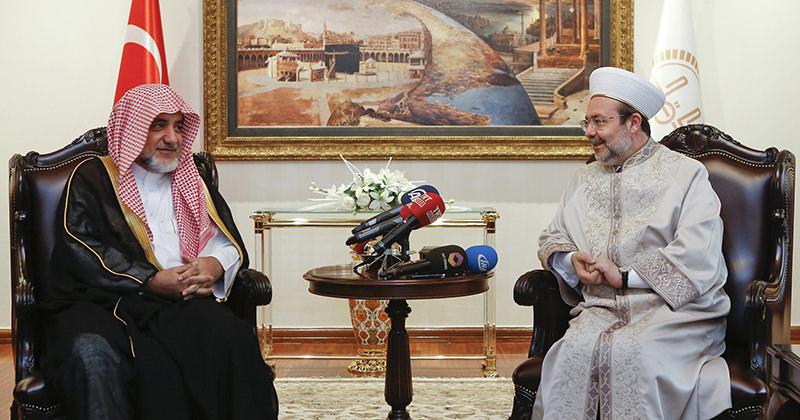 A visiting Saudi religious official and Turkey's head of Religious Affairs Directorate on Tuesday said that by working together, the two countries can solve the problem of Islamophobia.

They made the remarks in the capital Ankara, where Saudi Minister of Islamic Affairs, Endowments, Call, and Guidance Saleh bin Abdul-Aziz Al ash-Sheikh was visiting Mehmet Görmez, the head of Turkey's Religious Affairs Directorate.

"I think that our two countries will serve peace for the whole world and humanity, especially in the process the Islamic world is going through, and this visit may cause important developments," Görmez said. "Together we should fight against Islamophobia, which encircles Muslims in other societies."

Al ash-Sheikh expressed his condolences about the recent spate of terrorist attacks in Ankara and Istanbul.

A suicide bombing in Istanbul's Istiklal Street on March 19 claimed four lives and injured 39 others. The attack came only a week after one in central Ankara on March 13, which left 36 people dead and dozens of others wounded.

Additionally, he said that they support the two countries' unity and solidarity and the efforts for peace in the Islamic world.

"The Islamic community wants us to protect Islam from terror and terrorist organizations. I hope we will solve the problem of Islamophobia together", said the Saudi official.