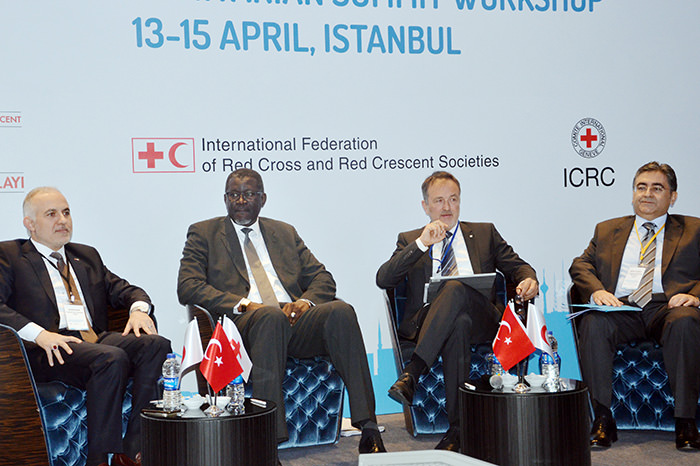 An Istanbul gathering of aid groups and NGOs has taken place ahead of a major upcoming World Humanitarian Summit in Turkey's largest city.

The first-ever World Humanitarian Summit is only a month away.

The summit is a call to action by United Nations Secretary-General Ban Ki-moon to "reduce human loss and suffering from crises".

"The number of people in need of humanitarian assistance, and the related funding requirements, have hit record highs," Ban said in U.N. report for the World Humanitarian Summit.

"Terror and the deliberate brutalization of women and children, aerial bombardments and indiscriminate shelling of residential neighborhoods, with thousands of people trapped and starved in besieged areas, tens of thousands escaping war and destruction on dangerously overcrowded boats and millions on the move in search of a better life have all acquired a harrowing familiarity," he added.

The U.N. secretary-general's report underlines the urgency and timeliness of the summit.

"It will be a milestone for updating and reshaping the humanitarian relief system," Kerem Kınık, president of the Turkish Red Crescent Society, said during Wednesday's workshop.

"The humanitarian crisis we have been facing cannot be overcome despite all efforts of states, civil societies and individuals; the gap has been widening with each passing day," he added.

Today, over 4,800 humanitarian relief organizations with around 450,000 employees and a budget of $25 billion throughout the world, work to respond to disasters and crises, Kinik said.

"We must scale-up our response to the existing needs," he noted.

Director-general for Multilateral Political Affairs at the Turkish Foreign Ministry, Hasan Ulusoy, said the suffering of refugees will also be addressed at the summit "with particular emphasis on assisting refugees and the countries hosting them".

"Turkey is fully committed to making the summit a milestone event," he stressed.

Balthasar Staehelin, deputy director-general of the International Committee of the Red Cross, also said the summit "is a huge opportunity that must be taken seriously".

The World Humanitarian Summit will be convened in Istanbul on May 23-24.