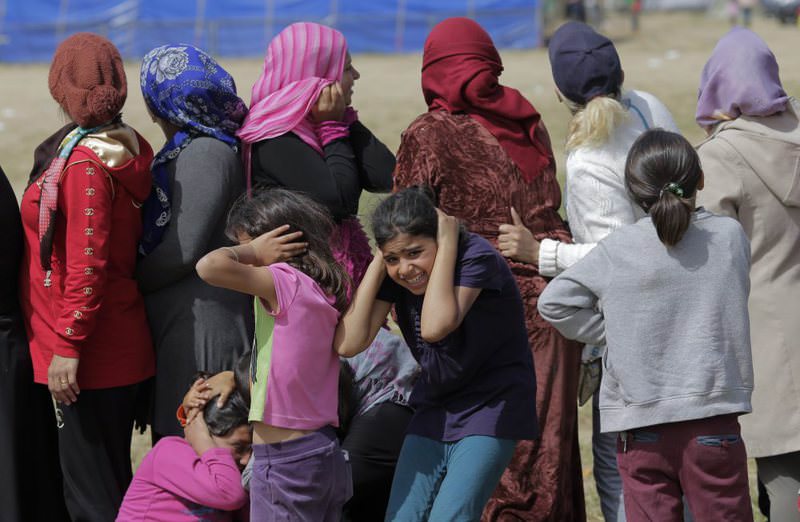 New figures provided by the Foreign Ministry show a significant decline in the number of migrants trying to enter the EU through Turkey. Daily crossings to Greece, a gateway for migrants from around the world to enter the EU via Turkey, dropped to dozens from thousands a day this year after the launch of the EU's deal with Turkey to curb the flow of migrants to the bloc.

Informing Parliament on Wednesday about the crossings, Deputy Foreign Minister Naci Koru underlined the difference between crossings in autumn 2015 and the first months of 2016. In October, an average of 6,827 people crossed daily to the Greek islands from the Turkish coast, and this number dropped to 3,500 in December. Since then, it has gradually declined to 1,967 in February and 859 in March, the month the deal for resettlement of refugees from Turkey to Europe in return for those who reached Greece from Turkey began.

The numbers dropped in April to as low as 26, and April 10 saw the first instance of no crossings at all in recent memory. Authorities expect a further decline in crossings in the coming days.

Koru told Parliament that Turkey's primary goal was to prevent the smuggling of refugees and migrant deaths en route to Europe, which was 3,770 last year with drowning deaths in the Mediterranean and Aegean Sea, according to the International Organization for Migration (IOM).

Most migrants prefer sea routes due to the proximity of Turkey's Aegean coast to the Greek islands, while others prefer land routes from the northwest. Turkey's more than 2,800 kilometers of coastline has seen a rush of migrants, especially those from Syria, in the past two years. Turkey is home to about 2.7 million refugees from Syria where a civil war has displaced millions.

Although the Aegean route is a shortcut to Europe for migrants, it is also probably the deadliest. Migrants are often forced to travel in shoddy, overcrowded boats and rafts with cheap life vests that are unable to keep them afloat if their boats sink. Strong winds on the Aegean Sea add to the dangers of the journey, although the onset of spring, which brings less severe winds, is expected to lead to a renewed influx of migrants who have mostly stayed away from the beaches in winter. The deal also significantly contributed to preventing migrant deaths. Since its implementation, not a single migrant has drowned in the Aegean Sea, EU coordinator for refugees in Greece Maarten Verwey said. "Before the deal, 90 people lost their lives [in the Aegean] between Jan. 1 and March 21," Verwey said last week at a meeting at European Parliament.

Facing an unprecedented flow of refugees and migrants from around the world fleeing conflicts and poverty, unprecedented since World War II, the EU turned to Turkey to help. Ankara responded by approving a deal for the resettlement of migrants and a heightened clampdown on migrant smugglers, further relieving Europe of the burden of illegal migrants.

The latest figures show that Turkish law enforcement captured more than 1,500 smuggling suspects in 2015, 400 suspects have been arrested so far in 2016 and that more than 65,000 migrants have been intercepted at sea and land by security forces since January.
RELATED TOPICS