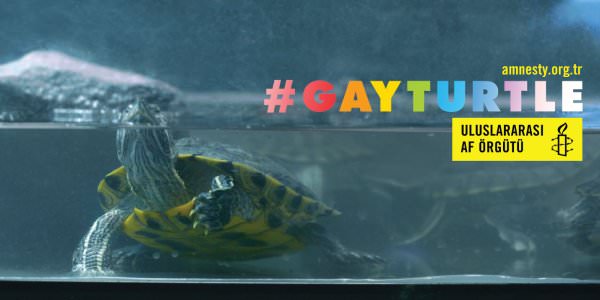 Prepared by Amnesty International's Turkey branch and released on Monday, the video shows prospective buyers of a turtle in a pet shop for three days. The shop owner tells them the turtle they like is gay, and all buyers change their decision, some even get angry at the shop owner saying that his talk is 'inappropriate'.

Within twelve hours after its release, the video published on Amnesty Turkey's official Facebook page was watched more than 300,000 times and share by 10,000 users, in addition to dozens of websites and social media accounts sharing the video.

Although the country's laws ban all kinds of discrimination, LGBT people in Turkey often come face to face with violence and discrimination in daily life.

Nevertheless, gay rights have found a place in politics recent years, while gay prides have been held in large cities over the last decade.