Turkey is the only country that has holiday dedicated to children, PM Davutoğlu says 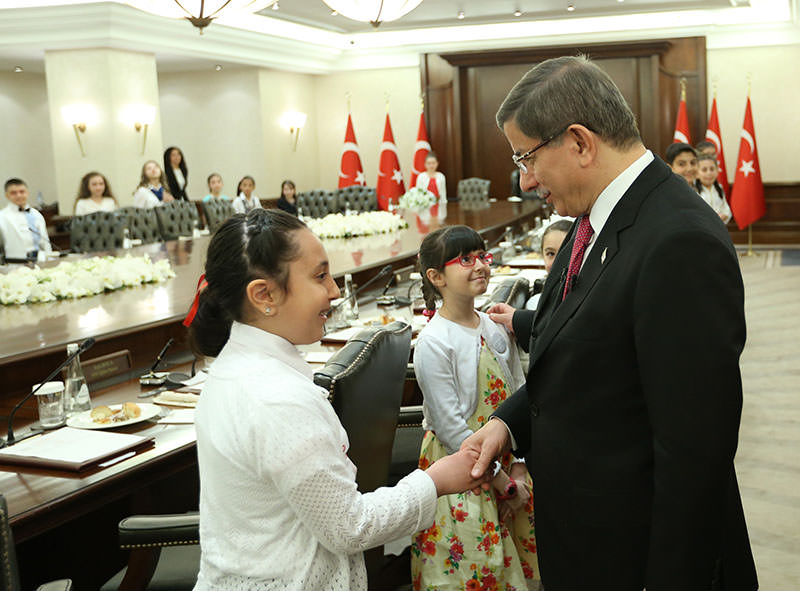 Addressing a special session of the parliament on National Sovereignty and Children's Day, Davutoğlu said: "23 April is the only children's holiday in the world."

Every year, Turkey marks April 23 as the day in 1920 the first parliament of the republic was held. The country's founder Mustafa Kemal Atatürk said the day should be focused on children as the representatives of Turkey's future.

The leader of the main opposition party Kemal Kılıçdaroğlu said the day was the "only and the first holiday that was dedicated to world's children." Kemal Kılıçdaroğlu, who heads the Republican People's Party (CHP), said Turkey's parliament was among the oldest in the world.

Nationalist Movement Party leader Devlet Bahçeli said: "The first parliament was the sign of hope and a declaration of the existence of the Turkish people."