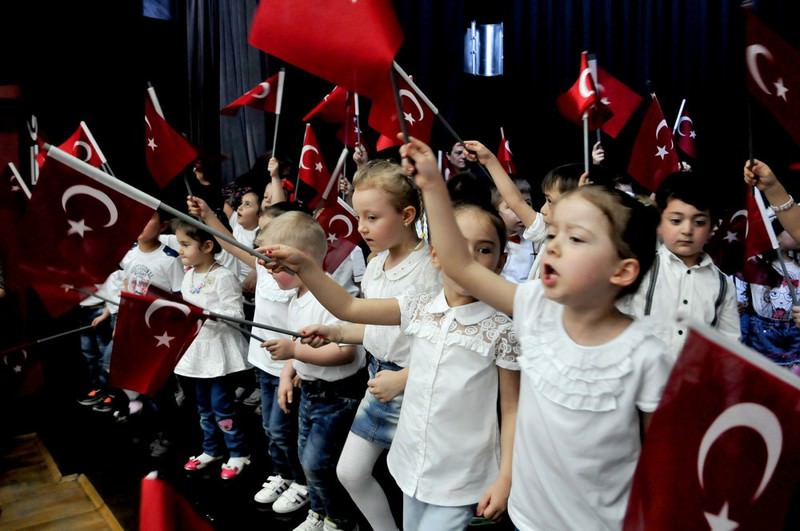 Children are the adults of tomorrow and Turkey celebrates its children with National Sovereignty and Children's Day on April 23 each year in a flurry of colorful ceremonies and festivals.

Marking the foundation of Parliament on April 23, 1920, during the Turkish War of Independence, the founder of the Republic of Turkey, Mustafa Kemal Atatürk, named this day as Children's Day to emphasize that children are the future of a nation.

For this unique festival, the president, the prime minister, Cabinet ministers and provincial governors all turned over their positions to children's representatives who in turn signed executive orders relating to educational and environmental policies.

PM Ahmet Davutoğlu received a group of children at Çankaya Palace, where they followed the annual tradition of taking the seats of Cabinet ministers. 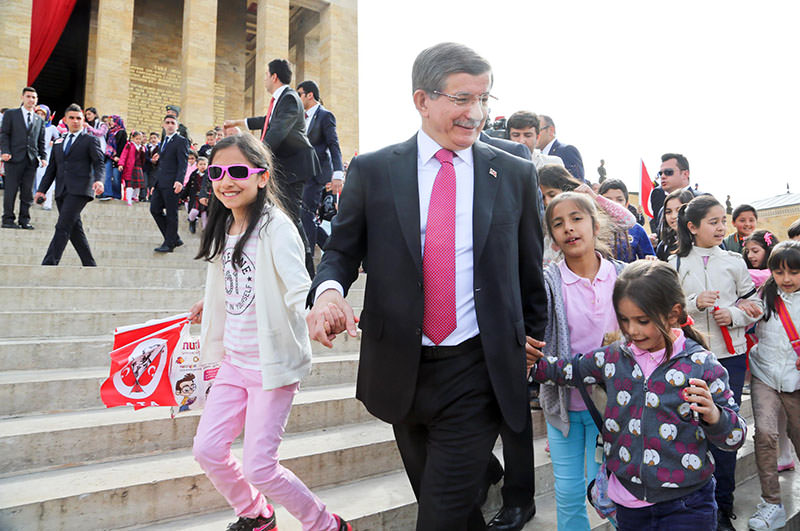 President Recep Tayyip Erdoğan also welcomed children to the presidental palace. "The most important national holiday was consigned to you," he told them.

The children also replaced the deputies in Parliament and held a special session to discuss matters concerning children's issues.

"Our aim is to preserve our people's independence, state's sovereignty and move beyond level of contemporary civilization," Kahraman wrote in the mausoleum's memorial book.

In a statement, Davutoğlu said: "Our independence struggle, which was conducted under the leadership of Gazi Mustafa Kemal, reached its goal with the opening of the Turkish Grand National Assembly, the liberation of our country and the declaration of the republic." 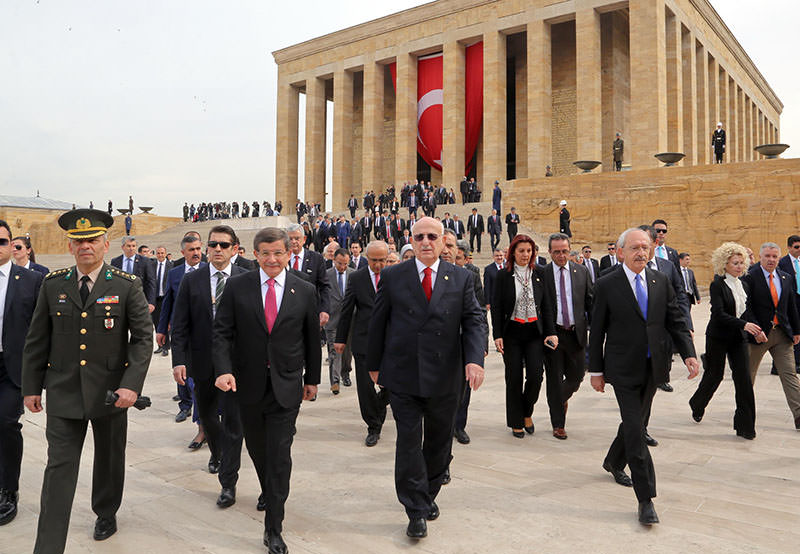 The Grand National Assembly met for the first time in Ankara in 1920 during the War of Independence to lay the foundations for an independent, secular and modern republic.

As it is every year, on the National Sovereignty and Children's Day, children will have a chance to spend the day with their parents and friends enjoying the exclusive events.

The Toy Museum, which is home to hundreds of historical and modern toys, will organize a series of events dedicated to children. Children will listen to stories and take part in interactive stories.

Moreover, the 4th Istanbul Children and Youth Art Biennial, which is hosted by the Beyoğlu Municipality, will offer a variety of events geared toward children and young people. Children will be able to participate in workshops, visit exhibitions featuring artwork that their peers created.

Özgürlük Park in Göztepe will welcome children and create space for them to play as much as they like since they cannot do it every day in a city of tall buildings. Those who want to cycle with their parents can also participate in the Kadıköy Bicycle Festival.