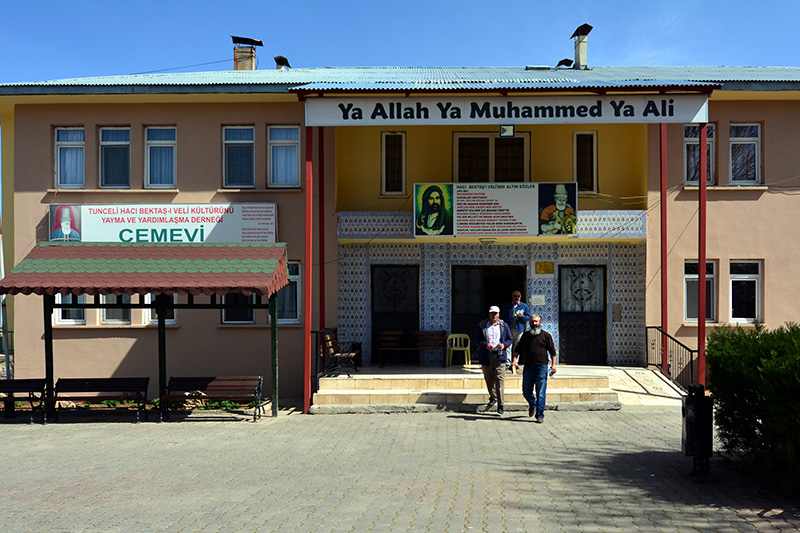 The European Court of Human Rights (ECtHR) ruled in favor of Turkish Alevi community leaders and members in the case brought for the official recognition of Alevi houses of worship Cemevis (house of cem, Alevi worship ritual) and employment of Alevi faith leaders.

The court's Grand Chamber ruled for the violation of European Convention of Human Rights' (ECHR) 9th article on right to freedom of religion and 14th article on prohibition of discrimination.

The case was filed by İzzettin Doğan, chairman of major Alevi community organization Cem Foundation, and 202 other citizens on August 31, 2013, asking the state to grant official recognition for Cemevis and provide funds accordingly, while providing employment for Alevi religious leaders. The Grand Chamber accepted the case on November 25, 2014 and first hearing started on June 3, 2015.

The court decision stated that such services are almost exclusively being given to adherents of Sunni Islam by the Presidency of Religious Affairs over the grounds that Alevi faith is regarded as a movement within Islam. "The Court therefore held that the applicants, as Alevis, were subjected to a difference in treatment for which there was no objective and reasonable justification" it said. The decision is of binding nature for Turkey.

Despite numerous meetings and joint workshops between the government and Alevi community leaders starting from 2009, a concrete solution to the issue cannot be found. Local administrations of several Turkish districts have declared Cemevis as official places of worship.

In December 2015, Prime Minister Ahmet Davutoğlu said that Cemevis will be granted legal status, and works on a program to for financial aid to Cemevis and Alevi faith leaders Dedes is underway.

Alevi faith can simply be explained as a combination of Shia Islam, Bektashi Sufi order and Turkish folk culture. Though exact figures are not present, its approximately 20 million adherents constitute the second-largest religious community in Turkey, after Sunni Muslims.