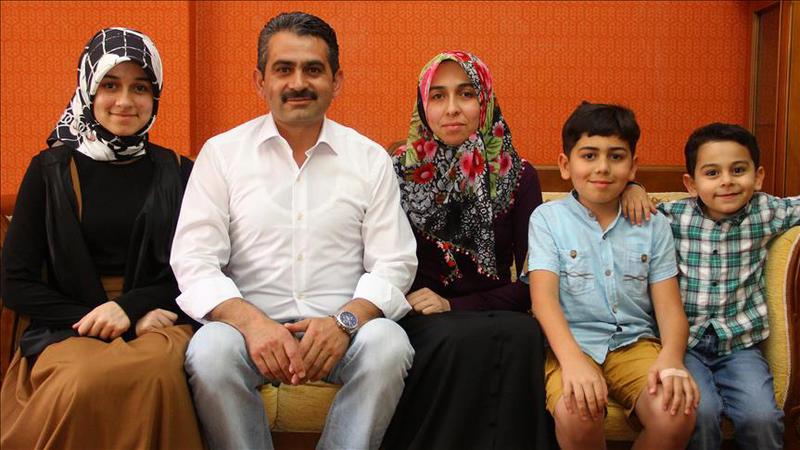 Following the wishes of his father and grandfather, a resident of Turkey's southern Mersin province is trying to determine the fate of his father's uncle, who they think was captured by British soldiers on the Yemen-Hijaz front during World War I.

Based on the stories told by a Turkish soldier who came back to Turkey after apparently being kept in a prison camp by British soldiers for 30 years, Mesut Dündar said that their Uncle Mehmet might have gotten married in Britain, so he wants to locate his grave or his relatives.

Dündar told Anadolu Agency that his father's Uncle Mehmet was born in the village of Kılan in Turkey's central Niğde province in 1895. Mehmet went to the Yemen-Hijaz front to fight, but they never heard from him again.

No trace of Mehmet could be found, said Dündar.

"My father's uncle went to Yemen to fight during World War I and never returned. My grandfather wanted to search for his brother and found nothing. He thought his brother had been martyred there. In 1948, a Turkish visitor stayed at the Mehmet Pasha Hostel while travelling from Karaman to Çukurova. The passenger told a villager, Hüsayin Erbaş, some stories. According to what this traveler said, he had fought in Yemen and had been kept in a British prison camp for 30 years.

"In one of these stories, the traveler mentioned the name of a Turkish soldier called Mehmet who had lived in our village. The soldier Mehmet's mother, Hatice, had been blinded by his step brother Hasan when he was playing with a gun, which is a memory peculiar to our family."

The other soldier mentioned by the passenger was Uncle Mehmet, Dündar believed, as such detailed stories could only be told by his uncle. "What this traveler said verifies our belief that my uncle was captured in Yemen and then brought to a prison camp in Britain."

The traveler also said that after they were released, he proposed to Mehmet that they go back to Turkey, Dündar added.

"'Mehmet refused, as he got married and had children there. He said: "If I went back to my village, will these children come to a village with me? Is there anybody left in the village who still knows us? So I can't leave them here,'" the traveler said.

"The villager who listened to these stories told them to my grandfather. Then in line with these stories, we wanted to find out the fate of my father's Uncle Mehmet. We want to meet with our relatives. If he had no relatives there, we would like to find his gravesite. Or we want to know that he had definitely died there," Dundar said.

Dündar also said that after his grandfather could find no information about Mehmet, he wanted his son's resting place to be found.

Dündar said that armed with the information he had, he did some research, starting with finding out that there had been an English prison camp on the Isle of Man where Britain brought Ottoman nationals living in England after the war started. "We learned that some Ottoman soldiers captured on the Yemen front were also brought to that island," he added.

Dündar said that they had tried various ways to find his uncle, and even wrote a letter to the British Embassy in Turkey, but nobody responded.

"Then I saw the information forms of the Turkish General Staff. I filled in and sent the online form. The General Staff responded to our request form saying they had submitted our request to the Defense Ministry. Now we are awaiting the next response," Dündar said.