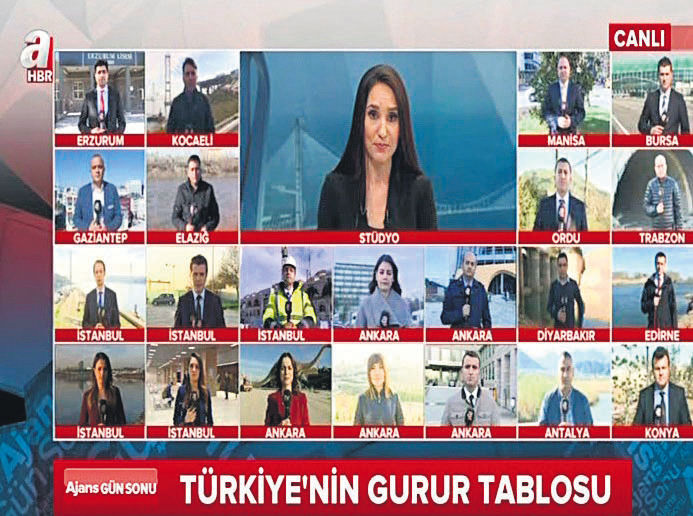 by Daily Sabah Apr 26, 2016 12:00 am
A Haber TV, a leading news network of Turkuvaz Media Group — a conglomerate of media companies to which Daily Sabah also belongs — marked its fifth year on air yesterday. The channel is among the youngest to join a growing list of news networks in Turkey and made its mark on the Turkish TV scene by dominating ratings charts for more than a year beginning in 2015.

Releasing a statement on the anniversary of A Haber, Turkuvaz Media Group Acting Chairman Serhat Albayrak said A Haber became a source of pride for Turkuvaz with its unwavering broadcasting policy for accurate reporting.

"A Haber was established as Turkey's first high-definition news channel and since then, it has been a pioneering TV station. It raised the bar high for news channels in our country with its principled policy based on accurate reporting and innovative moves, and became a channel catering to all segments of our society. Though its coverage is focused on politics and economics, it also attracted a large audience with its arts and culture, health, fashion and sports programing," Albayrak said in his statement.
RELATED TOPICS