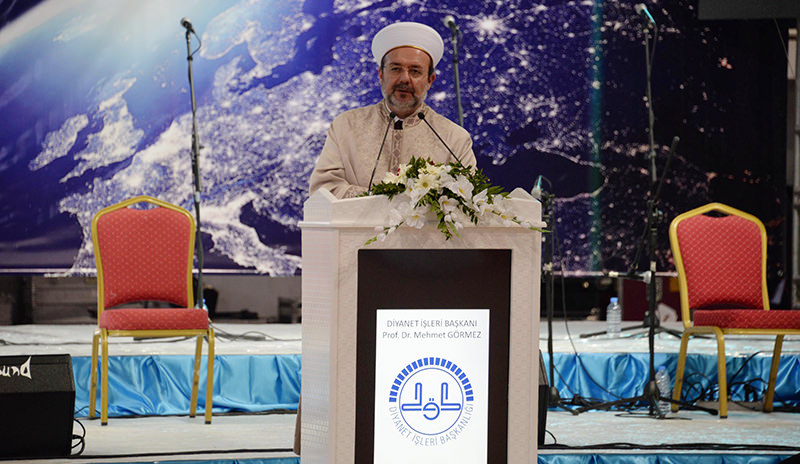 The head of Turkey's religious authority on Wednesday said that Islamophobia is beginning to win elections, calling this a "grave" development.

Religious Affairs Directorate head Mehmet Görmez made the remarks at Croatia's capital Zagreb to attend the European Islamic Society Conference, part of Croatia marking the 100th anniversary of its recognizing Islam as equal to other faiths.

"We began to hear recent election news. I regret to state that Islamophobia began to win elections. This is a very grave situation. This shows that the phobia, hatred, and hostility in politics have also spread to society," said Görmez.

Görmez emphasized that politicians especially should be much more careful.

"The politicians who are seeking votes via Islamophobia are contradicting Europe's values. The values of humans and respect for others are now universal values of all humanity. These universal values should not be lost," said Görmez.

Görmez also praised Croatia for setting an example to Europe with its peaceful attitude towards people of various faiths.

"It was possible for Muslims, Christians, and various denominations to live together in this land centuries ago, why can it not be possible in today's modern Europe? We just need to update it," added Görmez.

Turkish President Recep Tayyip Erdogan is also paying a two-day visit to Zagreb with a large number of businessmen and top government ministers.