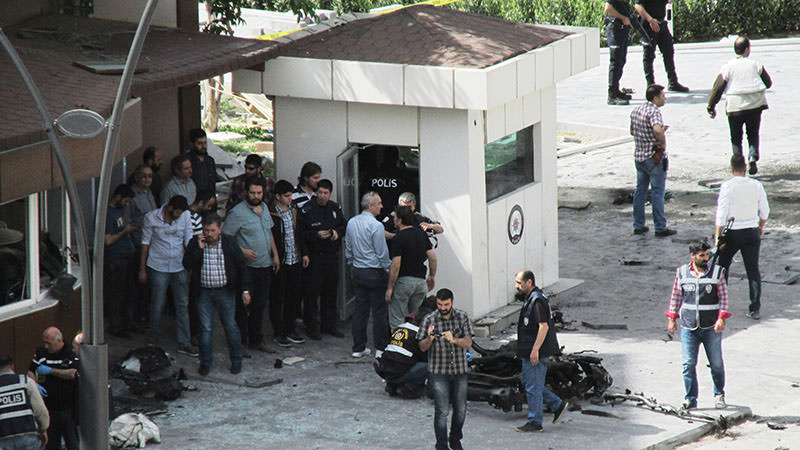 A car bomb exploded Sunday outside police headquarters in the southeastern Turkish city of Gaziantep close to the Syrian border, killing two police officers and wounding 22 other people.

Gaziantep province governor Ali Yerlikaya was first quoted by media outlets as saying 13 people were injured in the attack and nine of those wounded were policemen. But, the number of injured police officers later increased to 19, bringing the total number of injured to 23.

According to Yerlikaya, a car laden with explosives blew up in front of the local police HQ. A police officer died at the scene, while another succumbed to his wounds at the 25 Aralık State Hospital.

Turkish news agencies reported that the attack is believed to have been carried out by a Daesh terrorist named İsmail Güneş, but the identification will be certain following the examination of DNA samples. The suspect's father and several others have been detained in subsequent police raids.

Eyewitnesses at the scene of the incident said gunshots were fired from another car. However, this information was not verified by officials.

May 1 Labor Day rallies were cancelled in the city, along with tram services. The explosion was heard in many places, shattering windows in nearby buildings.

Turkey, which is facing growing blowback from the conflict in Syria and renewed conflict with PKK terrorists, has recently seen an uptick of such attacks. Both Daesh and PKK have targeted security forces and civilians in suicide and car bombing attacks.