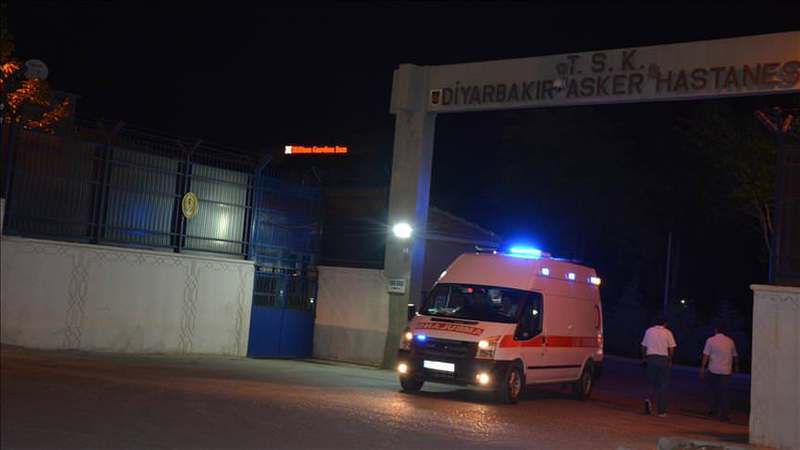 A Turkish soldier was killed and 26 civilians including civilians and security officers were wounded in a bomb attack on a gendarmerie station by PKK terrorists on Sunday in Dicle district of southeastern Diyarbakır province, security sources said.

Ambulances rushed to the scene, about 65 km (40 miles) north of the region's biggest city. The civilians and soldiers wounded in the terror attack were immediately hospitalized. An investigation has been commenced into the incident.

The PKK, listed as a terrorist organization by Turkey, the U.S. and EU, resumed its 30-year armed campaign against the Turkish state in July. Since then more than 400 members of the security forces have been killed and more than 3,700 PKK terrorists killed.