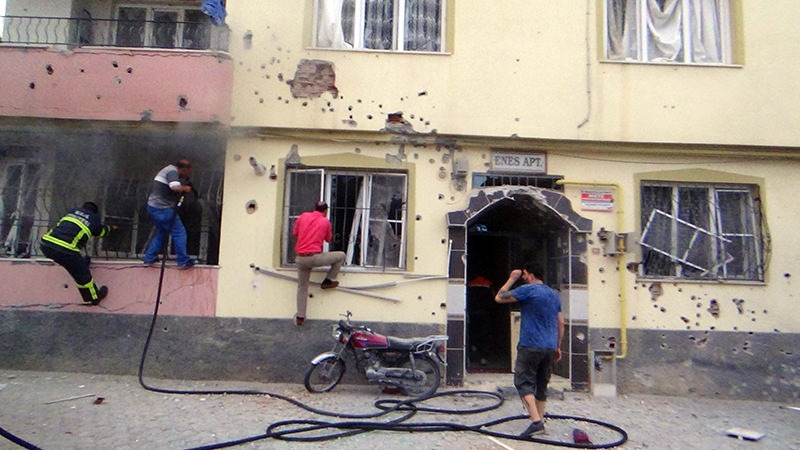 One person was killed, while 2 others were wounded after two Katyusha rockets fired from Syrian territory hit the southeastern border province of Kilis on Monday.

The injured were taken to Kilis State Hospital. Police and rescue teams and ambulances were also dispatched to the area.

The rockets also caused a fire to erupt on the ground floor of a 3-story apartment close to the scene.

Turkey has been under indiscriminate rocket attacks from Syria since mid-January.

In the province of Kilis alone, a total of 18 people have been killed and 60 others have been wounded as a result.