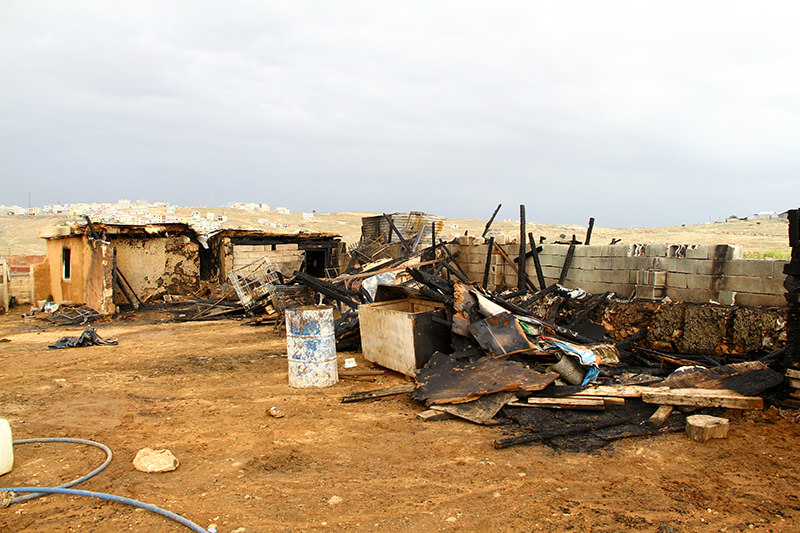 A fire broke out in a hut in Turkey's southeastern Gaziantep province early Friday, killing father and his six children.

The fire broke out approximately at 03:30 a.m. in the hut, located at the outskirts of Gaziantep, where the family had been residing. Locals informed firefighters of the fire, who arrived at the scene and found the 56-year-old mother Naciye Bakır passed out right outside of the hut, who was later transferred to a nearby hospital for treatment.

When the fire was extinguished, bodies of 70-year-old father Mehmet Emin Bakır, and six children ages ranging between two and 12, were found inside the remains of the hut.

The Bakır family was making a living through collecting scrap and herding cattle in their land located at the outside Gaziantep city center.

The fire reportedly caused by a power inverter, or a candle, as the hut lacked connection to the power grid and a power generator was used to provide electricity.