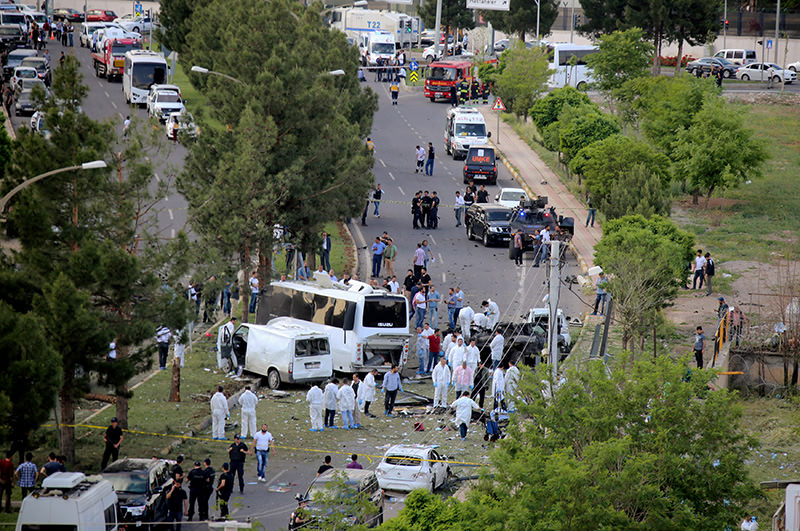 |Reuters Photo
by Daily Sabah May 10, 2016 12:00 am
A bomb-laden vehicle targeted on Tuesday a police shuttle bus in the Bağlar neighborhood of Turkey's southeastern Diyarbakır province, killing three people and injuring dozens.

The Diyarbakır governorate later revised the number of injuries to 45, 12 of whom were police officers.

Many injuries were reported, including police officers and detained PKK terror suspects present in the police vehicle during the blast, and some civilians in the nearby area.

The seven detainees were being taken for a routine health check after being detained earlier on suspicion of being a member of the PKK terror group.

According to initial reports, the explosion took place around 4.30 p.m. while the police shuttle was passing by.

The explosion was reportedly heard from various areas of the city.

Ambulances were dispatched to the scene to transport the injured to nearby hospitals.

An investigation has been launched into the incident by prosecutors.

Turkish security forces have been clashing with the PKK terror group in Turkey's southeastern provinces since the group resumed its 30-year armed campaign against the Turkish state in July 2015.

The PKK is recognized as a terrorist organization by the U.S. and the EU.