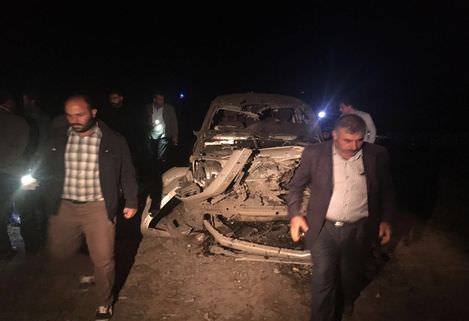 The number of injuries has not yet been confirmed.

The explosion struck a highway near the town of Hani in the neighborhood Kümeevler in Diyarbakır at about 22:30 p.m., wounding several people, security sources said.

Many ambulances and security forces were dispatched to the area.

Witnesses reported hearing a loud explosion from miles away.

An explosion was also heard in the Sur district of Diyarbakır, reportedly killing four and wounding 17 people.

The blast also occurred at about 10:30 p.m. in the Sarıkamış district, about 25 km from the region's biggest city Diyarbakır, as PKK terrorists loaded explosives onto a truck, according to the Interior Ministry.

The blast near Hani and Sur follows a car bomb attack near a military facility earlier in the day in Istanbul that wounded eight people, and another car bombing in Diyarbakır on Wednesday that targeted police and killed three people.