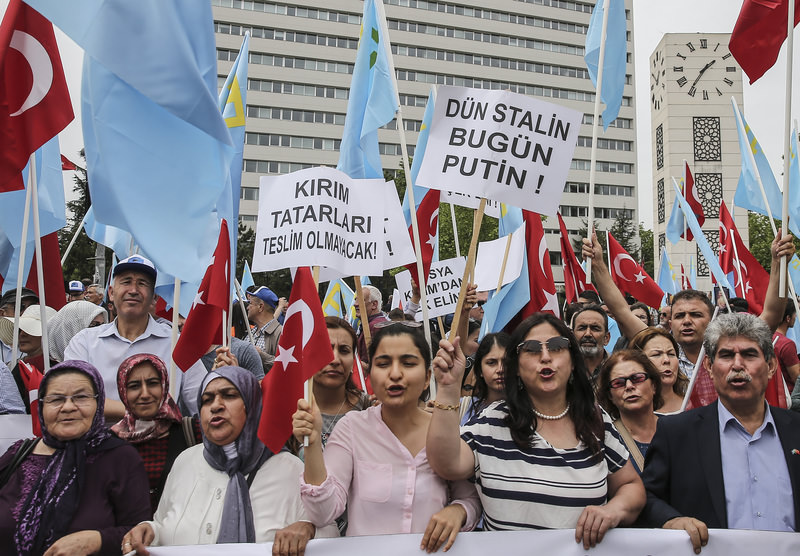 The 'mourning rally' held in Anadolu Square in Ankara was called by the Crimean Tatars Organization Platform.

Spokesman Tuncer Kalkay said: "Today, Russia is repeating in the region the repression and persecution carried out 72 years before."

On 18 May 1944, tens of thousands of Crimean Tatars were deported to Central Asia by Joseph Stalin's Soviet regime, which accused them of having collaborated with occupying Nazi forces.

The Crimean Tatar Mejlis was banned by the Supreme Court of Crimea in April as an "extremist organization" following a prosecution application lodged in February.

Kalkay vowed that Crimean Tatars would "continue to fight" against what he called "unjustified invasion" of Ukraine.

Ukrainian ambassador to Turkey, Sergiy Korsunsky, told the crowd he was still ashamed today "that we couldn't prevent Crimea's occupation".

"But", he continued, "the days when we will be together and end the occupation are close".

Various events are being held this week in Turkey and Ukraine in remembrance of the deportations.