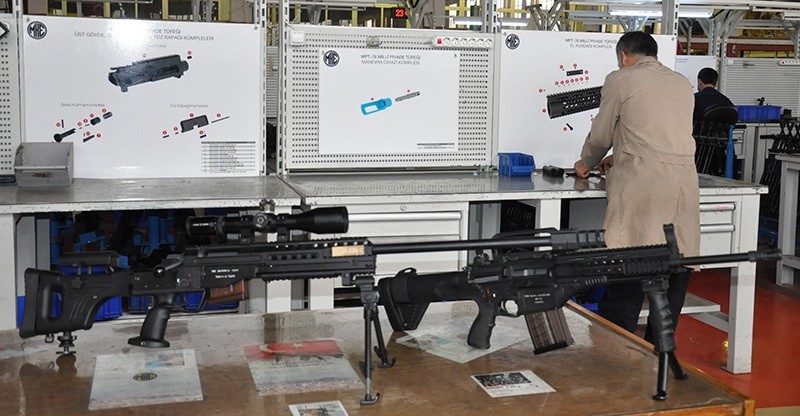 Turkey is all set to use its own locally-produced infantry service rifle called the MPT-76, which began mass production last year, officials with the Turkish corporation manufacturing the product told Anadolu Agency during an exclusive tour.

The MPT-76, which is an acronym for the Turkish words for "national infantry rifle", is designed and produced by the government-owned Mechanical and Chemical Industry Corporation, also known as the MKEK.

Anadolu Agency was given an opportunity to photograph the first batch of MPT-76 during a tour of MKEK's mass production facilities in central Kirikkale province Thursday. 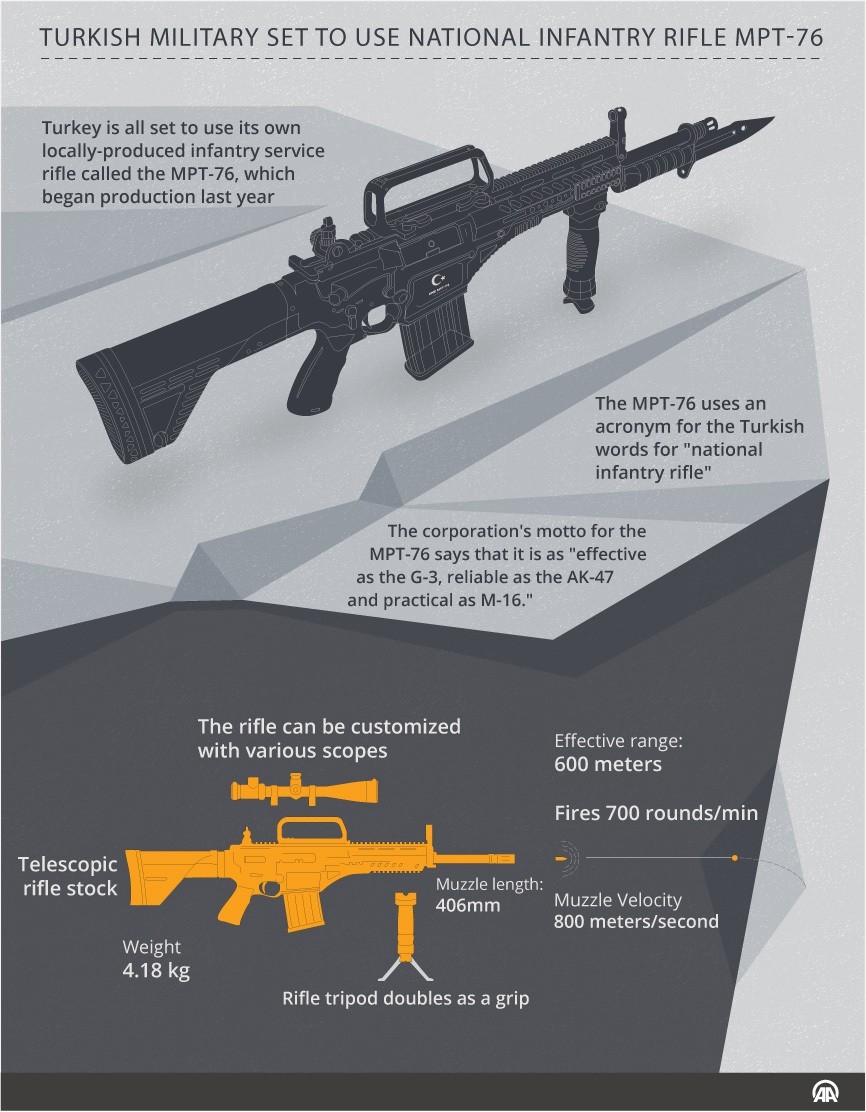 The project phase of Turkey's first indigenous infantry service rifle was finalized on May 5, 2014 after the MPT-76 successfully completed over 50 test rounds; the overall number of bullets used to test the product has reached 1.1 million.

The rifle's efficient range extends up to 600 meters, with an ability to fire 600 bullets per minute. The muzzle velocity of the bullets is 800 meters per second and the rifle's capabilities can be expanded further by adding night-vision telescopes.

Turkish army has so far been using the German-made G-3 rifles and Russian-made AK-47 for its military service rifle needs. Turkey is currently the second-largest NATO army with over 600,000 soldiers.

With the production of its new high-quality rifles, Turkey aims to reduce its dependence on foreign weapon manufacturers, which currently restrict MKEK to even make small improvements on their products without getting their consent first.

The MPT-76 is also expected to save large sums of money and become a stepping stone for further development of other tactical weapons, MKEK officials, who did not wish to be named because of restrictions on talking to the media, said.