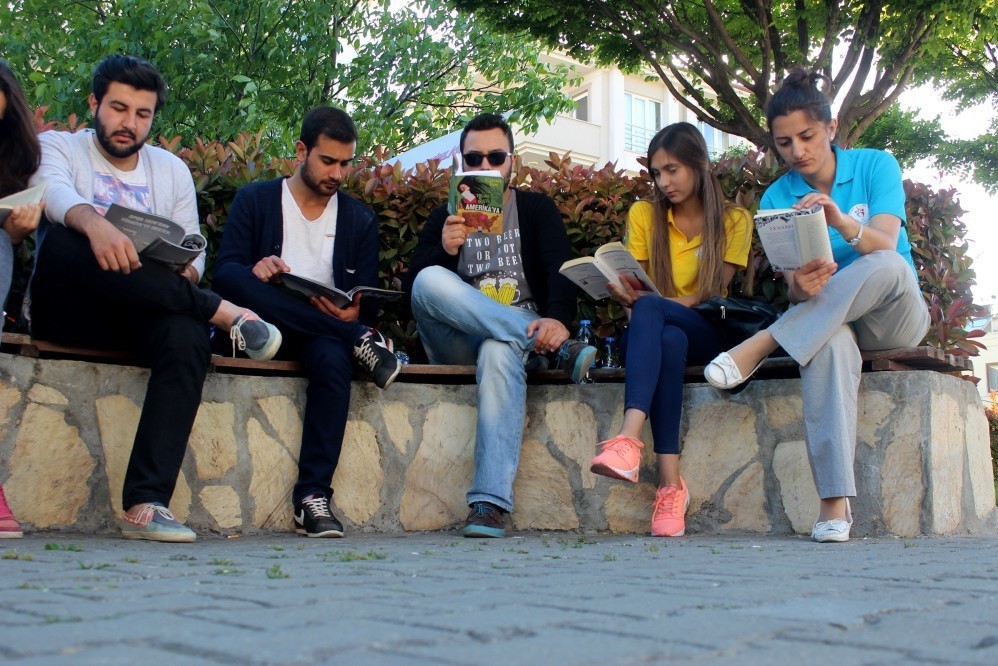 Eighty-three percent of Turkey's young people harbor hope for a better future, according to the latest figures from state-run TurkStat released ahead of Thursday's Youth Day. The figures also indicated that the majority of young people live in the southeast

Turkey will mark Youth and Sports Day Thursday, a national holiday that also honors the founder of the Turkish Republic, Mustafa Kemal Atatürk. Ahead of the day, the Turkish Statistical Institute (TurkStat) released figures about the state of youth in a country faced by an increasing elderly population.

According to TurkStat, those between the ages of 15 and 24 make up 16.4 percent of the total population, which stands as slightly more than 78.7 million, with the majority of young people feeling hopeful about the future. Figures compiled from a life satisfaction survey conducted earlier show the percentage of young people that are hopeful about their own future was 83 percent last year; 5 percent higher than in 2014. Figures also show that young men are more hopeful about the future than women. According to the results of a previous TurkStat survey, young people are also happier than senior citizens, with 63.8 percent of young people indicating that they are happy, roughly 2 percent higher than figures from 2014. It was young women who expressed they were happier. Also, young women see love as a primary source of happiness; unlike young Turkish men who view success as a key for happiness, with both agreeing that having good health is the utmost reason to be happy. As for health, TurkStat said the percentage of young obese people compared to the entire population decreased to 3.3 percent in 2014 from 3.8 in 2012, with women between the ages of 18 and 24 found to have a higher rate of obesity than young males.

The figures also shed light on how the youth spend their time. They sleep on average for nine hours, devote more than two hours to watching TV or listening to music and spend nearly two hours on social activities. The time devoted to other activities also points to a patriarchal mindset, which assigns the role of breadwinner solely to men and still prevails among Turkey's young population. Young women allocate more than three hours per day to "family care and household tasks," TurkStat found, while men spend only 34 minutes a day on the same activities. Time allocation for employment for young males was approximately three hours and four minutes while it was only one hour and 10 minutes for young women.

Statistics on Turkish young people also revealed that the country's southeast region, with a predominantly Kurdish population, still remains the youngest. The province of Hakkari has the highest percentage of youth with 26.6 percent, followed by the provinces of Şırnak and Siirt in the region. The large population of young people is directly related to the tendency to have large families to preserve local tradition which is prevalent in the region, something Ankara wants to see elsewhere in the country which faces an aging populace as well. The elderly population - those who are 65 and older included more than 6.4 million people in 2015, and their demographic rose to 8.2 percent from 8 percent. The country is looking to encourage births, with President Recep Tayyip Erdoğan spearheading efforts with advice directed at families to have at least three children. The southwestern province of Muğla has the lowest percentage of youth in its total population with just 13.3 percent and followed by Sinop on the northern tip of the country and Balıkesir in the northwest.

Other key findings included that more females were pursuing higher education, up 41.1 percent, and that the proportion of young females seeking educational opportunities abroad was higher. Young women, just like older women, lag behind men in terms of employment. The unemployment rate of young females compared to men remained higher, at 22.2 percent.

TurkStat officials say that although Turkey has a very young population compared to EU countries, it will have an ageing population within six years due to increasing life expectancy at birth and the continuous decrease in the total fertility rate. Officials urge authorities to adopt an effective youth policy and changes in terms of education, labor force participation and equal income for young people.
RELATED TOPICS