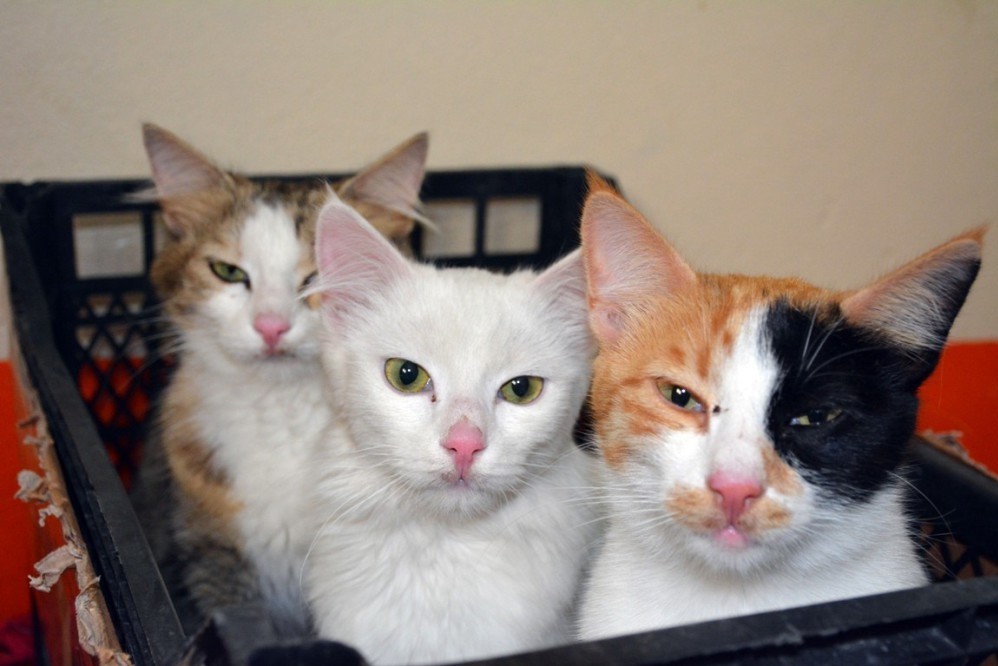 by Daily Sabah May 19, 2016 12:00 am
Violence has engulfed southeastern Turkey as the PKK terrorist organization steps up its campaign of indiscriminately targeting civilians and security forces. Hundreds have been killed since last summer when terrorists launched attacks after a lull in their activities and ongoing attacks have forced residents to flee.

Animals have not been spared the violence, and animal rights activists are intervening to stop the deaths. An activist in Yüksekova, a district of the province of Hakkari, rounded up 35 cats including 10 kittens in an effort to keep them safe from attacks. The cats were brought to the eastern province of Van, and from there, were transported to Bitlis, a nearby city where an animal shelter is available. The Animal Rights Association, a nationwide nonprofit for animals, provides shelter for cats, and called on people to adopt a cat from their feline rehabilitation center. Dr. Damla Şahin, a representative of the Animal Rights Association in Bitlis, said violence in the region also took its toll on the animals that were left behind. She said cats were brought to Van before the military operation in Yüksekova to wipe out terrorists. "All the cats we shelter are in good health except one. We will have them inoculated. They are in immediate need of a home. They cannot stay in our shelter for long," she said, inviting feline lovers to adopt one.

Explosive devices hooked to booby traps by terrorists and occasional gunfire pose a threat to stray animals. Yüksekova was subject to a major sweep against terrorists hiding out in urban areas last month, one month after a curfew in the wake of the terrorists' offensive against security forces.
RELATED TOPICS