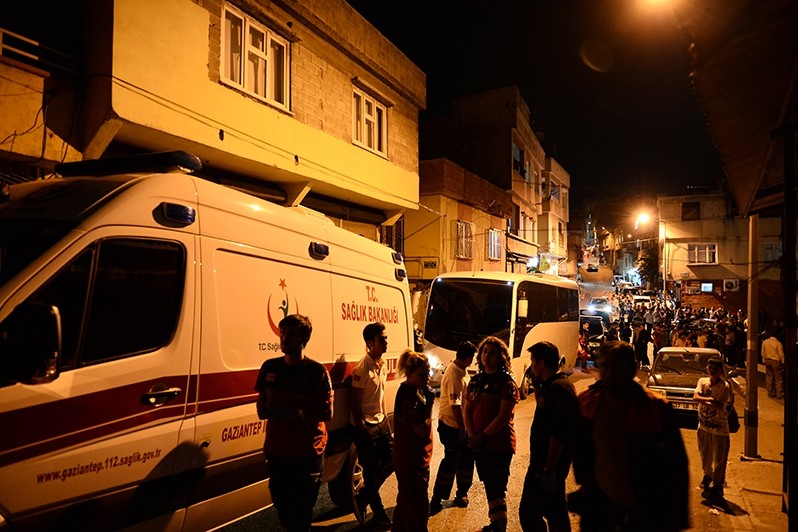 | AA Photo
by Daily Sabah with AA May 19, 2016 12:00 am
A suicide bomber blew himself up in Turkey's southeastern Gaziantep province when police broke into a terrorist cell as part of operations against Daesh on Thursday.

The terrorist suicide bomber detonated his explosive belt after he noticed the counterterrorism unit were entering the terrorist cell used by Daesh militants.

The sources said only the terrorist himself was killed as a result of the explosion.

One other suspect was taken alive during the police raid conducted at around 8 p.m. local time [1700 GMT] in the central district of Şehitkamil, Governor Ali Yerlikaya told Anadolu Agency.

Yerlikaya said the suspect died by deliberately setting off explosives they were wearing.

"No citizens or security forces were hurt in the incident. The area has been cordoned off," Yerlikaya added and said that the operation was ongoing.

The National Police Headquarters had sent out a notice to 81 provincial police departments on Monday warning of possible terrorist attacks by Daesh on May 19.

The confidential notice asked that all necessary measures be taken against possible attacks on military and police targets on this public holiday - May 19, Atatürk, Youth, and Sports Day.

Turkey's southeast has been the scene of significant counter-terrorism operations since December 2015.