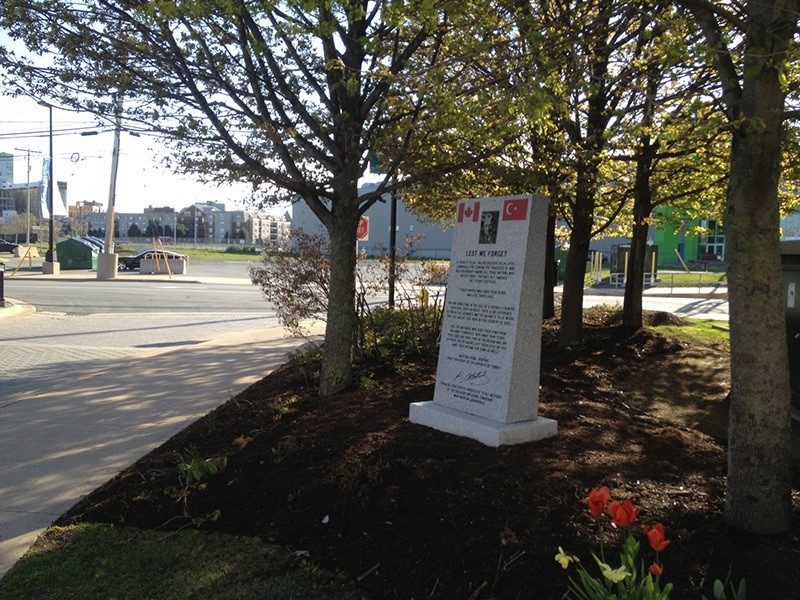 A war memorial built to honor the fallen Turkish and Canadian soldiers who fought against each other in the Battle of Çanakkale, known as Gallipoli in the West, during World War I has opened in Canada.

The memorial in Halifax, the capital of Nova Scotia province, was formally inaugurated at a ceremony Saturday.

The 1915 battle, which turned the tide in favor of Turks during World War I against the Allied Forces, took place in the Dardanelles Strait in Turkey's northwestern Çanakkale province.

Speaking at the opening ceremony, Turkish ambassador to Canada, Selçuk Ünal said: "Our joint history did not divide us. Quite the contrary, it united us. There is no other such example in history."

Geoff Regan, member of parliament from Halifax West and current speaker of the House of Commons, said Turkey and Canada had developed friendly relations after having fought against each other in World War I.

"The memories of the past are uniting the two nations. Today, Turkey and Canada are two important NATO allies," he said.

Weighing two tons, and measuring 165 x 65 x 50 centimeters, the memorial was erected in the garden of Canadian Museum of Immigration at Pier 21 on the initiative of the Turkish community in Halifax.

Decorated with Turkish and Canadian flags, the monument bears inscriptions telling the story of the joint history of Turkish and Canadian troops, as well as the words of Turkey's founder, Mustafa Kemal Atatürk, for the mothers of Australian and New Zealander troops, known as the Anzacs.

The memorial in Halifax is the second memorial dedicated to Turkish soldiers fallen in Gallipoli outside of Turkey, the other being located in Kosovo's Turkish-majority town of Mamusha.