A real dogfight between Greece and Turkey over canine breed 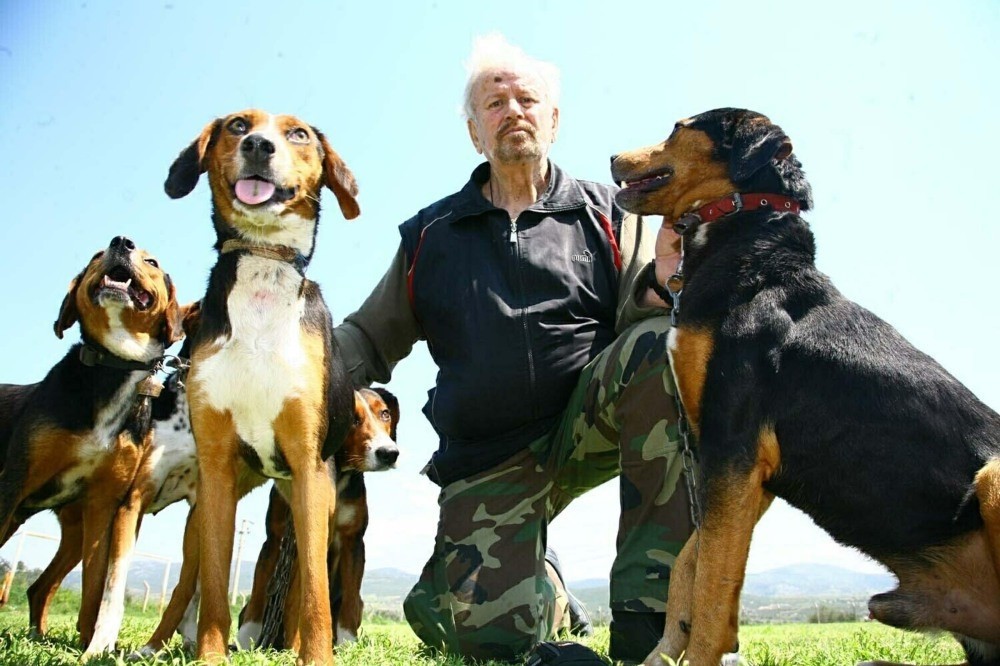 Dou011fan Kartay, pictured with zau011far dogs, claim Greeks kidnap watch dogs from Turkey.
by Daily Sabah with DHA May 27, 2016 12:00 am
Greece's attempt to claim the rights over a canine breed particular to Turkey is fueling a new controversy between the two neighbors, which already disputes where baklava and stuffed vegetable dishes such as stuffed peppers originated.

Turkey and Greece's long-standing relations have weathered hostilities since World War I, and the two countries have come to the brink of war since then with infamous dogfights between Turkish and Greek warplanes over the Aegean Sea. Now, it may take a real dog, or zağar to be more specific, to stir up recently improved ties.

Media outlets in Turkey reported that Greece registered the small watchdog as the "Hellenikos ichnilatis" or Greek harehound, "a native of Southern Greece," with international cynology associations.

Doğan Kartay, head of a Turkish nongovernmental organization working to preserve local canine breeds disputes this and said the breed is actually called a zağar, a native of western Turkey. Kartay claims although zağar dogs were also common in Greece in the past where they were taken from Turkey during the Ottoman era, the breed approached extinction and Greeks "smuggled dogs from Turkey" for the continuation of the breed and ultimately adopted the species as their own. "It is understandable that Greeks kidnapped dogs especially those in the Trakya [northwestern Turkey] region to preserve the dying breed in Greece. Their deeds might have been an act of care for those animals. However, the theft of zağar's identity, one of the few pure breeds originating from Turkey, is unacceptable," he told Doğan News Agency.

Kartay claimed Greek gangs and their Turkish accomplices kidnapped dogs that led to an extinction of the breed in Trakya. "They now moved to Çanakkale [another northwestern province] to kidnap zağar dogs there," he added. Kartay describes the watchdog as "human-friendly with a unique sense of scent and is a brave, fast and intelligent breed." "Unfortunately, Greeks noticed these features of zağar before us and stole the breed from us," he said. Kartay also claimed gangs in Greece also profited from the sales of the breed for high prices in Europe. "This is a cultural theft and our state should do something about it," he said.
RELATED TOPICS