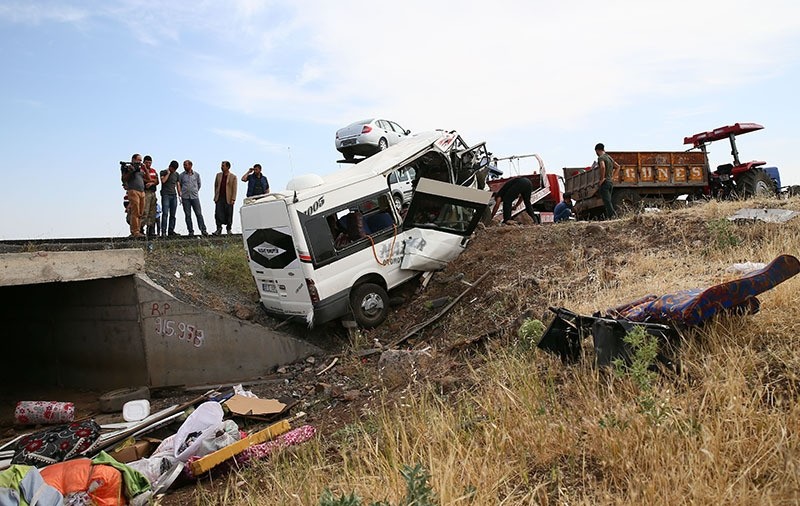 Six people were killed and four others were injured when a minibus lost control and flipped over in Turkey's southeastern province of Diyarbakır early Saturday.

Three of the six passengers who lost their lives were children and could not immediately be identified.

According to the initial investigation, Sadık Salar, the 24-year-old driver of the minibus who lost his life in the accident, fell asleep while driving.

Meanwhile, the injured passengers were rushed to hospitals.