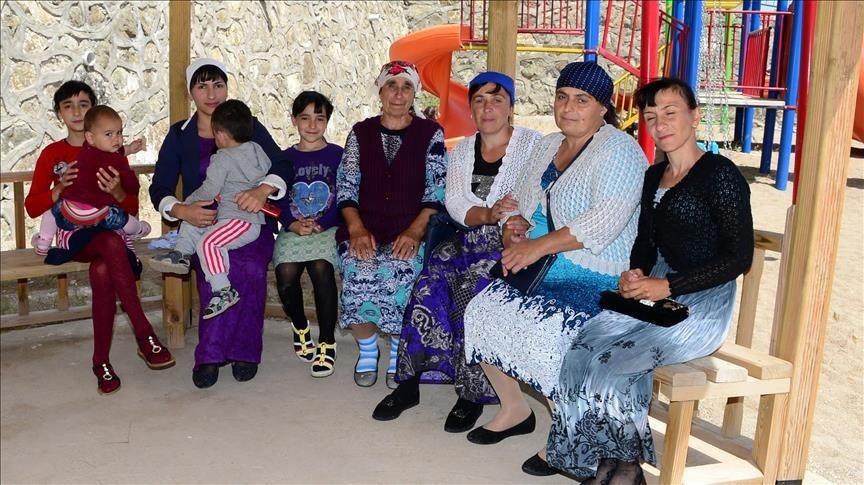 Approximately 300 people from a Turkish-speaking minority region of eastern Ukraine have marked the start of Ramadan in their new Turkish homes.

Anadolu Agency visited the new complex and interviewed the new residents on the first day of Ramadan.

Hamza Ayazov, 72, cried while describing what he had gone through during a long, painful journey to Turkey. He said that their community was first expelled from Georgia during World War I and had been forced to live in Kazakhstan, Russia and Ukraine.

"We have suffered a lot. I hope now we can settle here permanently. I feel like I am coming back to my home," Ayazov said.

He expressed his gratitude to Turkey's government adding: "May Allah bless both Turkey and President Erdoğan."

An elderly woman, Hanzade Aripova, 88, also said that she and her family had been expelled and persecuted since she was 10 years of age.

"Turkey has given us a new motherland and our freedom. Now we can live in a Muslim country without hiding our faith and beliefs", she said.

Aripova added that she and her community were always praying for Turkish officials and the people.

Ahıska Turks fled their homes during the recent conflict between Ukrainian forces and pro-Russian separatists in the eastern region of Ukraine, of which Sloviansk city is a part.

Last April, Turkey enacted measures allowing at least 3,000 Ahıska Turks to be legally accepted by the government as asylum seekers.

Ahıska Turks, also known as Meskhetian Turks, were expelled in 1944 from their homeland -- the Meskheti region in Georgia -- by Soviet leader Joseph Stalin in an attempt to remove Turks from the shores of the Black Sea.

They faced discrimination and human rights abuses before and after deportation. Those who migrated to Ukraine in 1990 settled in shanty towns used by seasonal workers.