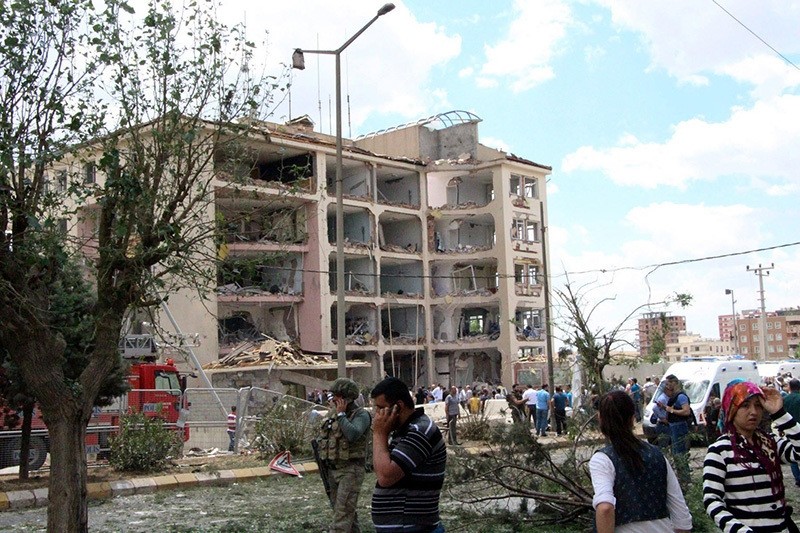 At least four people, two civilians and two police officers, have been killed and nearly 30 others were injured as a car bomb attack targeted the police department building in the Midyat district of Turkey's southeastern Mardin province on Wednesday at around 11:00 a.m. local time.

Prime Minister Binali Yıldırım condemned the attack and said concrete barriers and other security measures in place at the police headquarters had prevented a greater loss of life.

No one has claimed responsibility for the attack, but PKK terrorists regularly stage car bomb attacks on police and security forces in the region and in large Turkish cities.

A security source speaking to the media reportedly claimed the PKK had been responsible for the attack.

Footage from the scene shows many buildings heavily damaged by the explosion.

The blast comes a day after seven police officers and four civilians died in a car-bomb attack in central Istanbul.

Mardin has seen a series of curfews imposed on towns and districts since last year, during fighting between state security forces and PKK.

Security forces recently announced that operations in Nusaybin, one of the areas of Mardin seeing the most intense conflict, ended over the weekend, after nearly three months.

A ceasefire and peace process collapsed in July, leading to renewed fighting in a war ongoing for more than 30 years and killing more than 40,000 people.