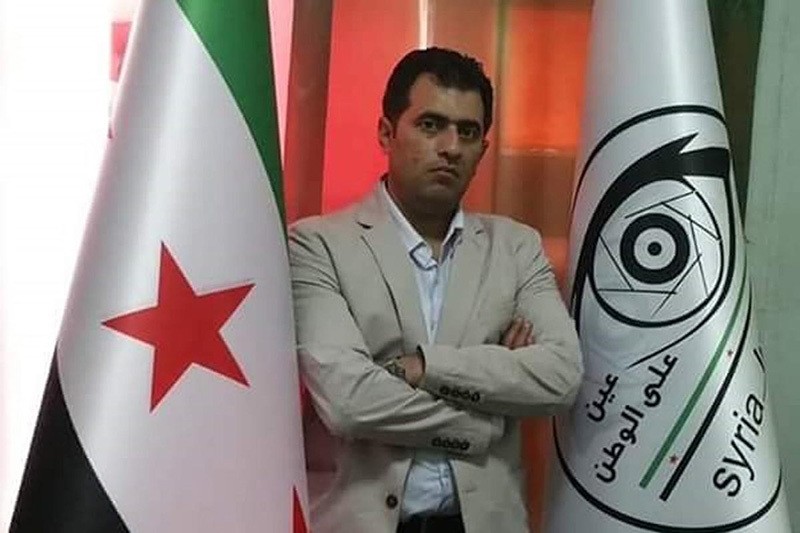 Ahmed Abdelqader, founder of the Syrian media group Eye on Homeland, was shot Sunday afternoon by two gunmen riding a motorbike in the city of Şanlıurfa.

Eye on Homeland, which disseminates news about Syria on its website and radio station, issued a statement saying three shots had been fired in the failed assassination attempt.

Fellow Syrian activist Abu Ibrahim of the monitoring group Raqqa Is Being Slaughtered Silently (RBSS) says Abdelqader was "hospitalized, in a stable condition."

Another colleague, who requested anonymity out of fear for his safety, said the gunmen had used silencers. The gunmen escaped.

The Daesh-linked Amaq News Agency said Daesh militants had staged the attack on Abdelqader, formerly a member of RBSS.

Abdelqader's brother, Ibrahim, was one of two Syrian activists slain by Daesh operatives in Sanliurfa in October 2015. The second was Fares Hamadi.

Daesh claimed responsibility for last year's killings in a video message warning that "every apostate will be slaughtered silently."

The Syrian activist groups RBSS and Eye on Homeland regularly report on Daesh activities in Syria, drawing on their network of local contacts.

Daesh operatives were also behind the recent fatal shootings of two Syrian journalists in the southern city of Gaziantep.

The assassinations have highlighted the vulnerability of Syrian activists and journalists working in Turkey.

Abdelqader, in an interview with The Associated Press after the death of his brother and Hamadi, said he was receiving threats from Daesh.

Many Syrian activists based in Turkish border cities report receiving such threats, yet most do not have a financially viable or legal way out of the country.

The situation has been further complicated by a controversial deal between the European Union and Turkey, home to 2.7 million Syrian refugees, which recently came into effect with the aim of curbing the flow of migrants to Europe.