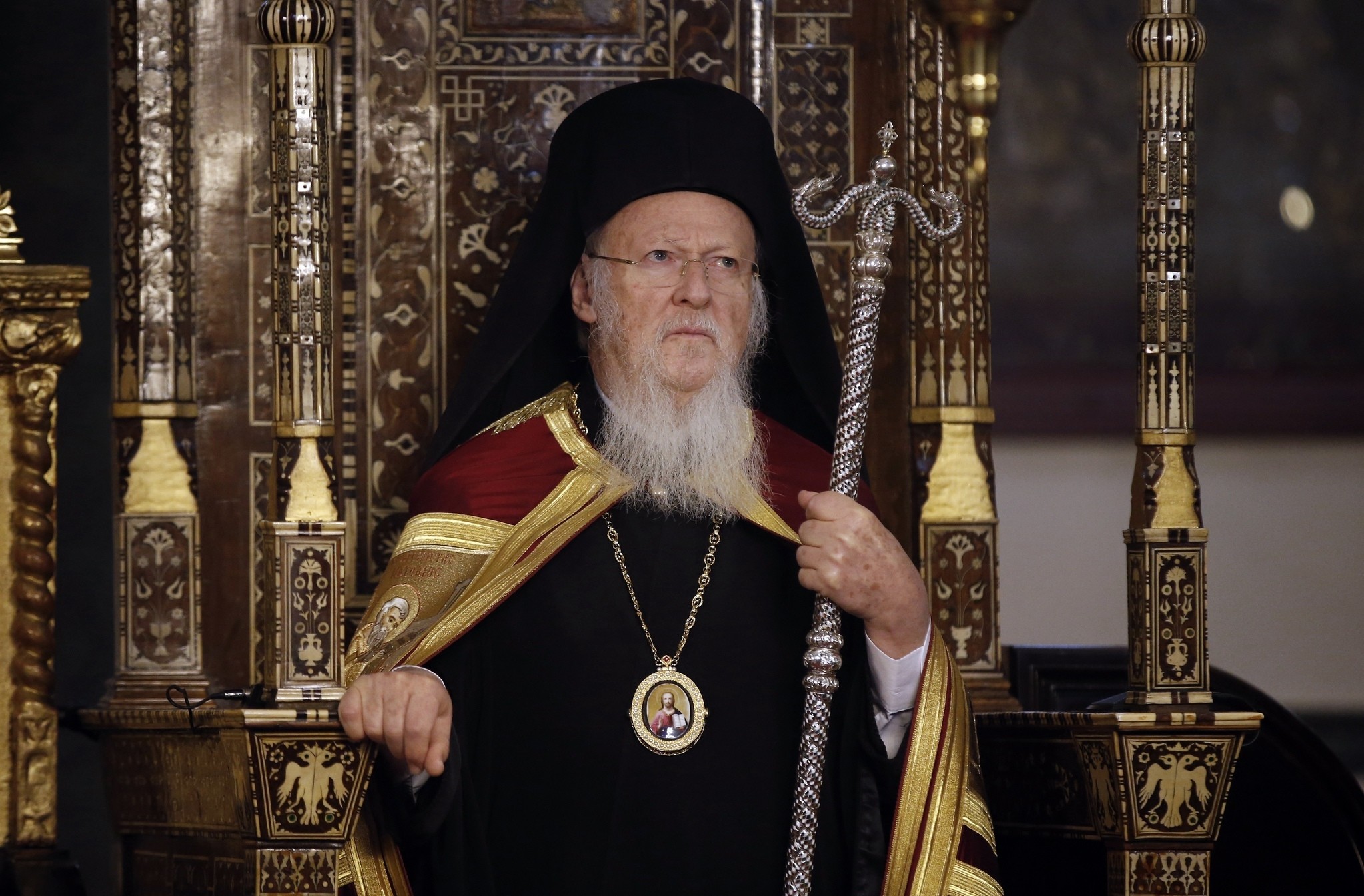 by Daily Sabah Jun 16, 2016 12:00 am
Strained ties between Turkey and Russia saw a decline in relations in every field, and apparently, religion is no exemption, as the Russian Orthodox Church snubbed a historic convention by the Greek Orthodox Ecumenical Patriarchate of Constantinople. Still, Patriarch Bartholomew hopes Turkey and Russia will restore relations, which rapidly degraded after Turkey shot down a Russian fighter jet deployed in its southern neighbor Syria after it strayed into Turkish airspace last year.

Speaking to reporters before he boarded a plane to the Greek island of Crete from Istanbul, Bartholomew, who oversees Orthodox churches all over the world, including a small flock in Istanbul, said they seek unity and peace.

Bartholomew confirmed that the Moscow Patriarchate's decision to not to attend the Crete convention was linked to Turkey shooting down the Russian jet. "They did not attend a preparatory meeting in Geneva. We had originally planned the Holy and Great Council to be held here in Istanbul but later relocated it to Crete, and this was in part, as a gesture to [the Russian Church]. But they refused. They lost a good chance [for dialogue], so did we," he said.

Bartholomew said letters to Russian leaders from President Recep Tayyip Erdoğan and Prime Minister Binali Yıldırım may turn the tide in relations, referring to letters sending congratulations on the occasion of Russia Day sent to Russian President Vladimir Putin and Prime Minister Dmitry Medvedev on Tuesday. "This might help restore bilateral relations. Russia and Turkey already had good relations in the interests of both sides. After all, it is the shared wish of everyone that peace and cooperation between countries prevail," he said.

The Holy and Great Council scheduled to start later this week is touted as the first in more than 1,200 years between Orthodox churches that are at odds over a range of issues. An official from the Moscow Patriarchate said on Monday that they will not attend the convention, pointing out that several other churches also chose not to attend over a series of disagreements.

The Russian Orthodox Church and Ecumenical Patriarchate of Constantinople compete for clout in the Orthodox Christian world and their relations often parallel their countries' policies. Moscow and Ankara enjoyed good relations up until Russia increased its influence in war-torn Syria and Turkey shot down its jet, which led to the ties falling apart. Moscow repeatedly accusing Turkey of helping terrorists in Syria and Turkey criticized Moscow for contributing to killing of civilians in Syria did not help either. The mutual criticism reached a peak after Turkey shot down the Russian jet. Moscow responded with a set of sanctions on Turkish exports and Ankara has since refused to step back.

Bartholomew said although that some churches - the Bulgarian Orthodox Church, Damascus Patriarchate in Syria and the Georgian Patriarchate - decided not to attend the convention, he hopes they change their minds at the last minute and come to the convention, "so that we can resolve our differences."
RELATED TOPICS