Family of 6 killed in traffic accident in northern Turkey 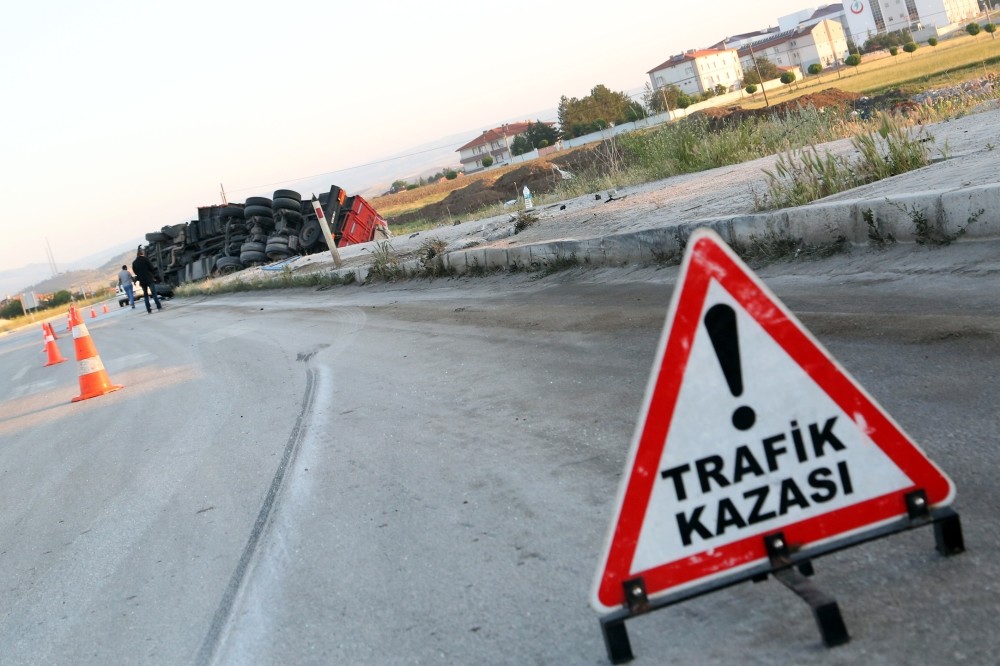 by Daily Sabah Jun 17, 2016 12:00 am
A family of six was killed when their car collided with an articulated truck in northern Turkey yesterday, a medical source said.

The accident in Çorum province's Alaca district saw İdris Doğan, 42, his wife, 40, and sons, aged 19 and 2, killed. Two other relatives - a 50-year-old woman and a 34-year-old man - also lost their lives in the accident. All of them were pronounced dead at the scene.

A cousin, Zeki Dilmen, said the family, from Ankara, had been traveling to the funeral of the wife's father.

Images from the scene showed the truck lying on its side by an intersection. The driver, 45, was taken to hospital for treatment and was in a stable condition.

The cause of the accident is still being investigated.

Reckless and drunk driving is among the main causes of traffic accidents in the country, claiming the lives of more than 3,000 people every year. In one of the deadliest accidents in recent weeks, 10 people returning to their hometown after attending a funeral were killed in the central city of Konya last Friday when a truck crashed into the minibus carrying them.
RELATED TOPICS