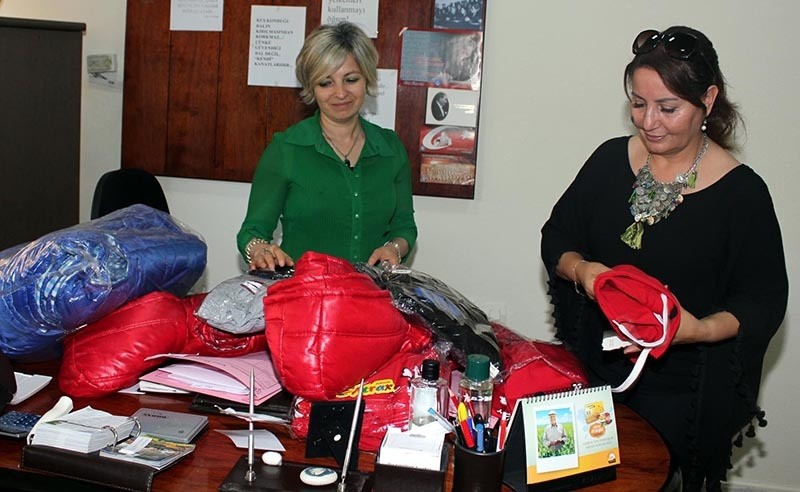 Two women drivers who got in a road rage dispute in Turkey's northwestern Bursa province last May resolved the issue on Saturday, after one of them agreed to make donations to 20 children ahead of the Eid holiday.

The women, Güler Ö. and Ayten A. reportedly got in a serious fight over right-of-way and lodged a complaint against each other for battery charges, according to Doğan News Agency.

The prosecutor in charge of the case considered settlement in pais, and submitted it to arbiter Figen Kaynar.

Kaynar first spoke with Güler Ö., who told her that she is ready to reach a common ground.

She then called Ayten A., who refused to reconcile and said that Güler Ö. should receive punishment for what she did.

The arbiter then asked Ayten A. to visit her in the courthouse and when the two met, she told Ayten A. that she should forgive and forget, based on the spirit of the holy month of Ramadan, and there is very little time left for the Eid holiday.

Upon this, Ayten A. accepted to settle the dispute, with a condition.

She said that she will be handing out clothes for poor families and demanded that Güler Ö., who is a house wife, buys clothes for 20 children aged 7 to 12.

''Only then I can withdraw my complaint and forgive her,'' Ayten A. reportedly said.

Güler Ö. accepted the offer and collected 3,900 Turkish liras with her friends, who were with her in the car at the time of the incident, and bought clothes for children.

She delivered the clothes to the arbiter, who gave them to Ayten A.

The latter withdrew her complaint, resolving the case without further legal procedures.

The Eid al-Fitr holiday, which marks the end of the Islamic fasting month of Ramadan, will officially start on July 5 and end on July 7.