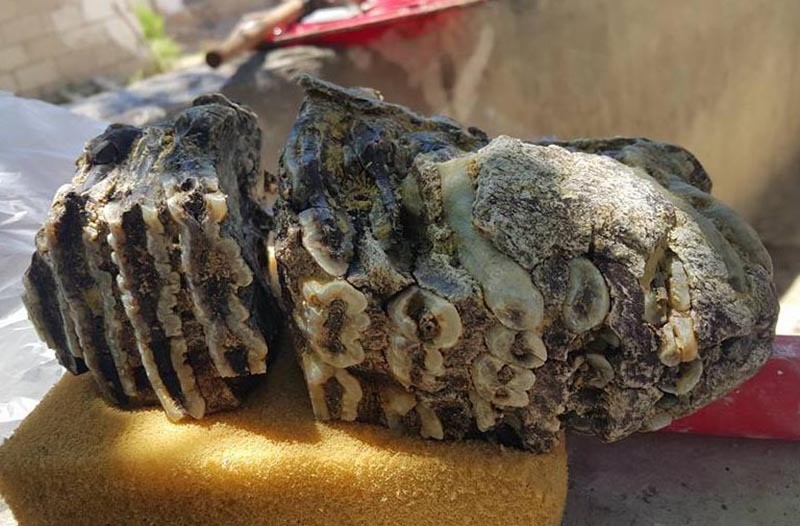 A psychologist in Turkey's central Konya province discovered a fossil belonging to a 2.5-million-year-old mammoth, reports said on Monday.

He said that the fossil was brought to the museum after discovery, and is considered as one of the predecessors of elephants, and noted that it matches other fossils belonging to mammoths in the region.

Altuncan also noted that research indicates mammoths in the region disappeared due to climate change.

Mammoths reportedly arrived in Europe around three million years ago.

Recently, the remains of 14,000-year-old mammoth was discovered in the Tulpetec Area near Mexico City.